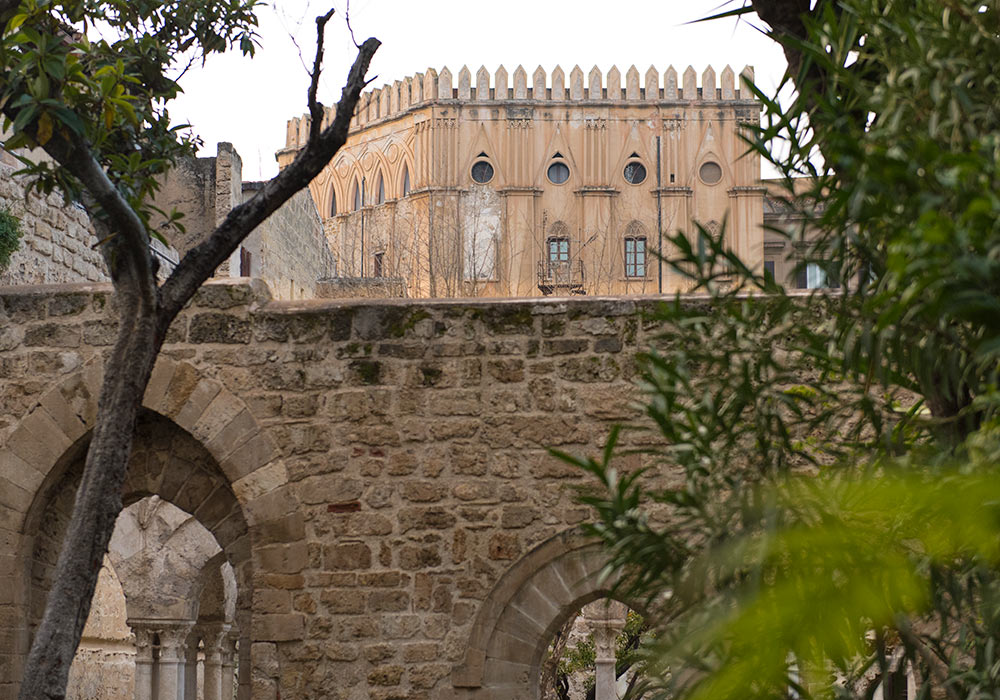 The Norman Palace seen from the garden of San Giovanni degli Eremiti. 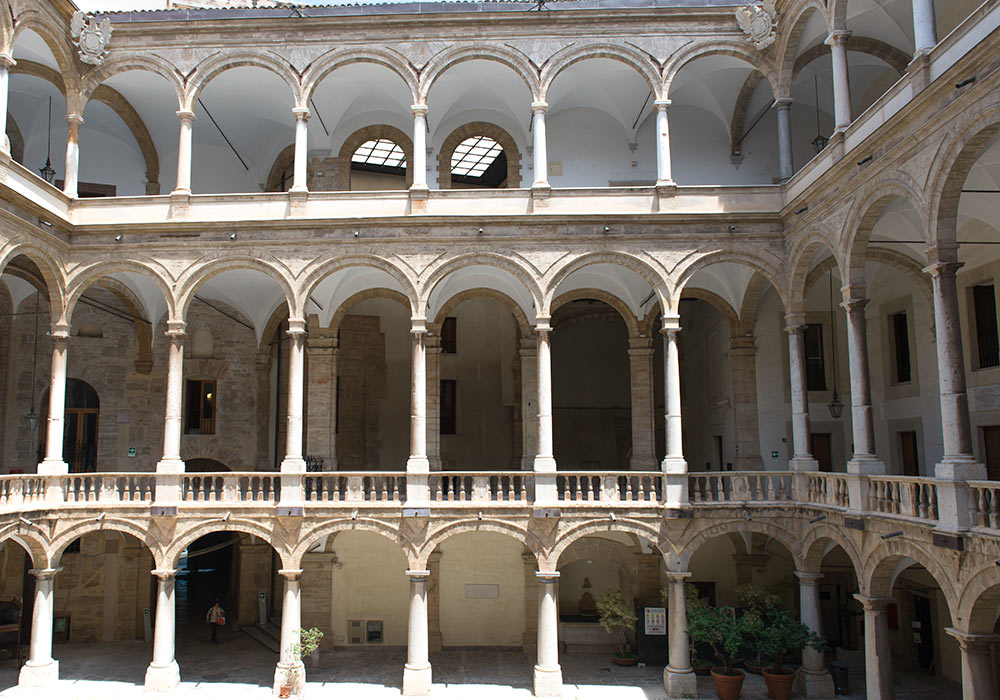 17th century courtyard with portico was comissioned by the Viceroy.

The Norman Palace with the Palatine Chapel is inscribed on UNESCO’s World Heritage List. 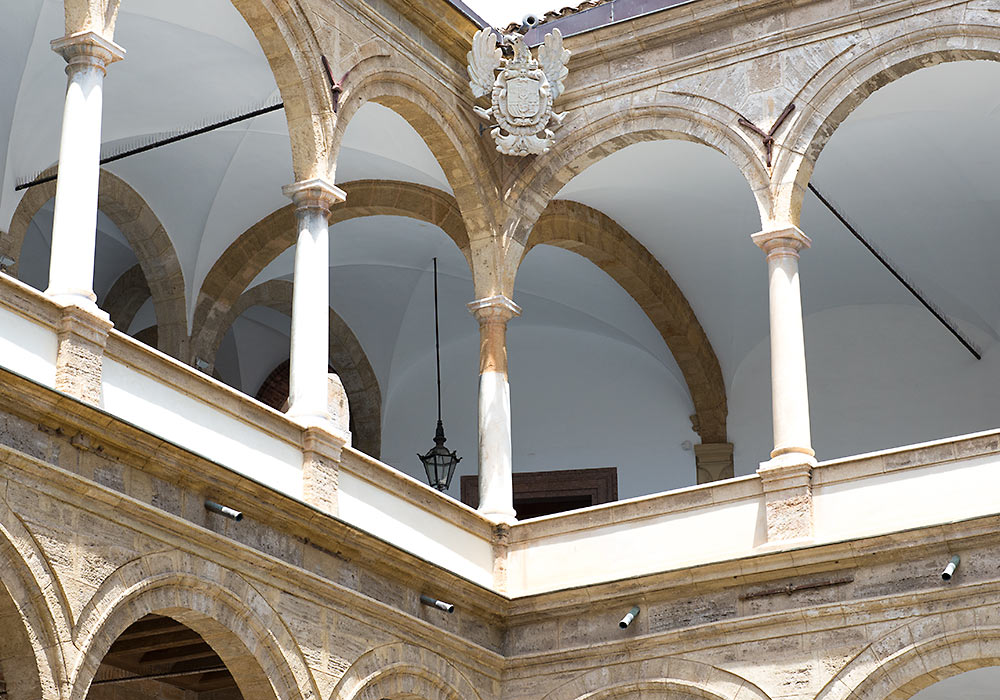 The 17th century courtyard at the Norman Palace. 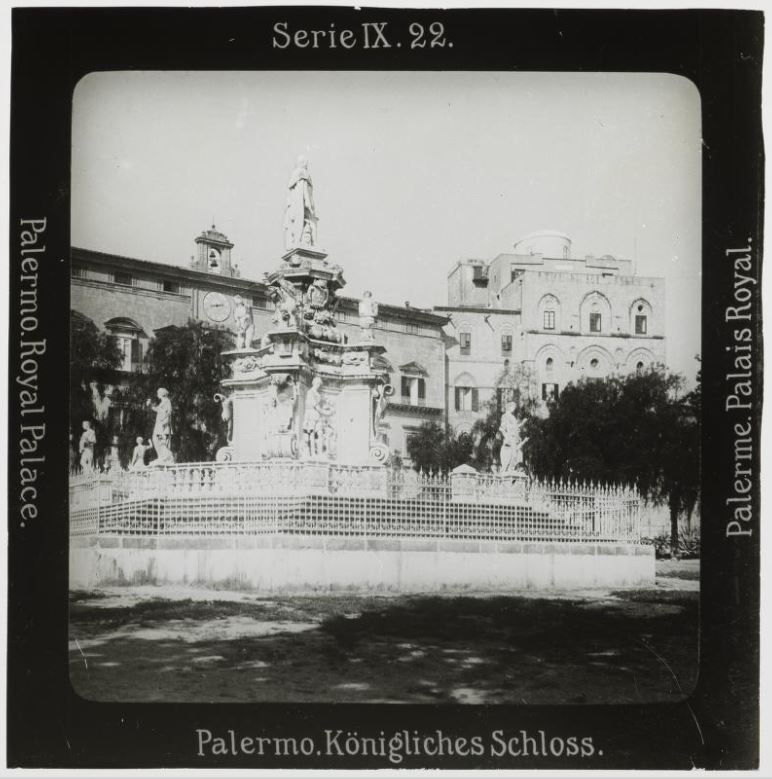 Commenced by Roger II and consecrated in 1140. 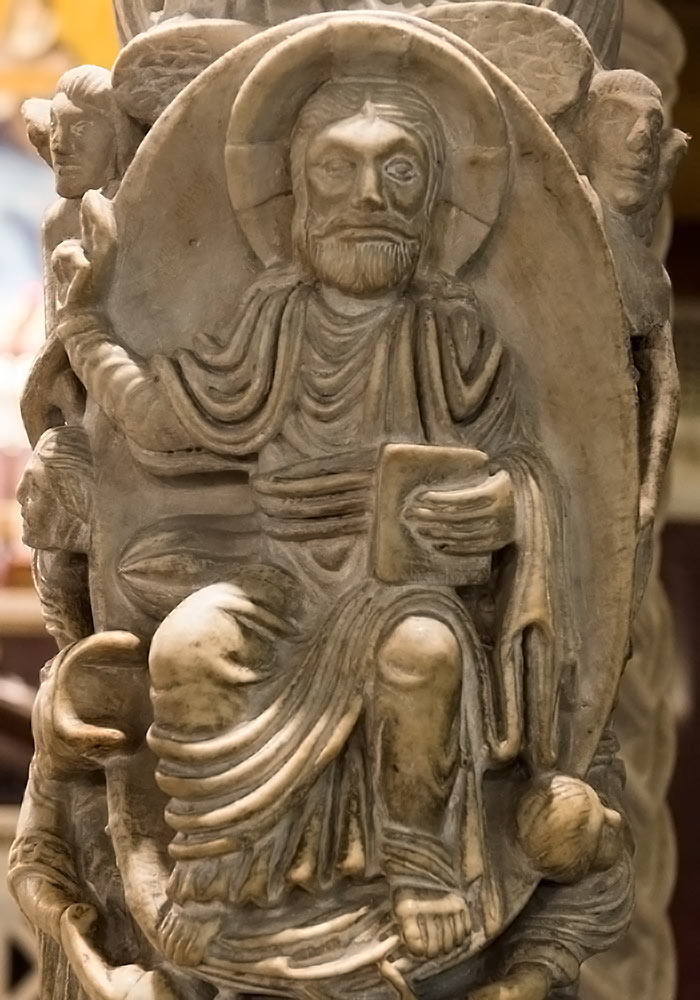 Detail of the interior of Cappella Palatina. The Palatine Chapel is part of the Norman Palace (Palazzo dei Normanni) 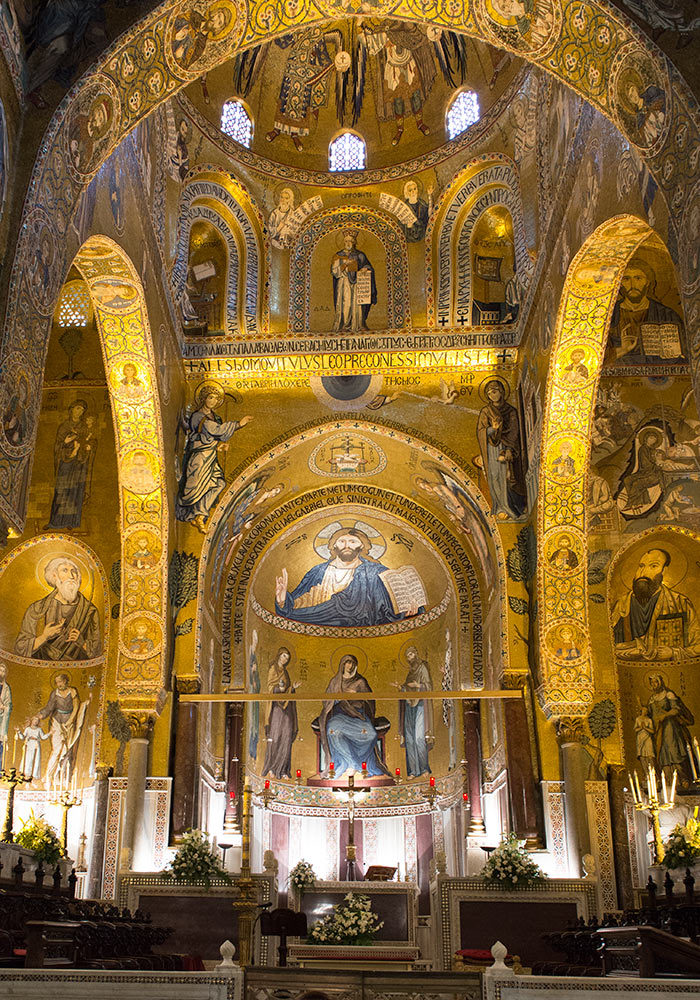 Originally there were 50 windows (later blocked) designed to illuminate at all times of the day the stories told on the wall.

The texts in the chapel are written in Greek, Arabic and Latin. 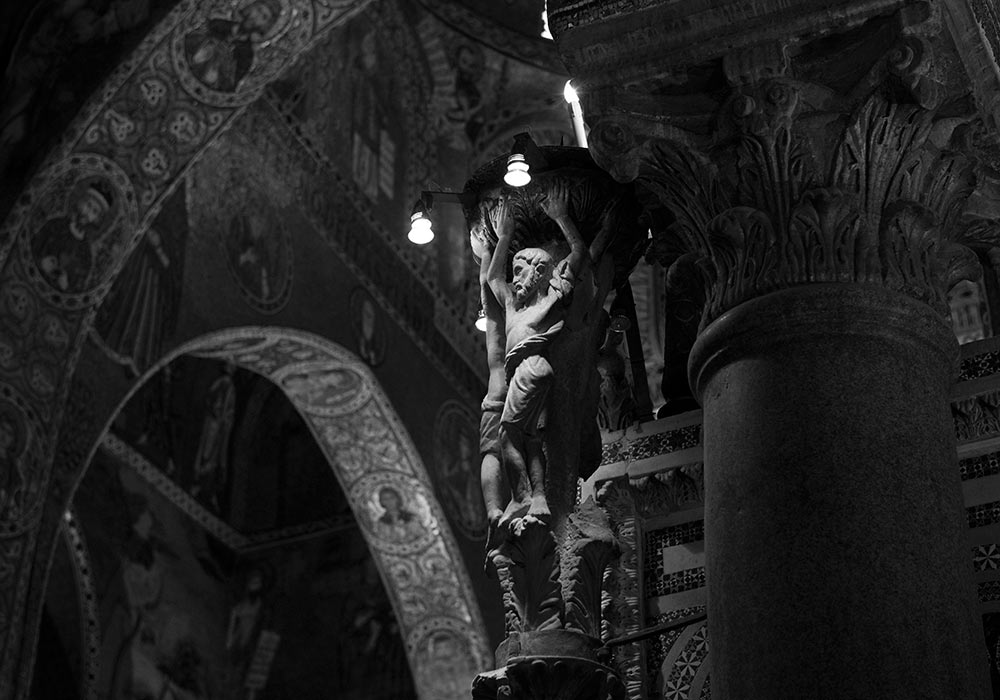 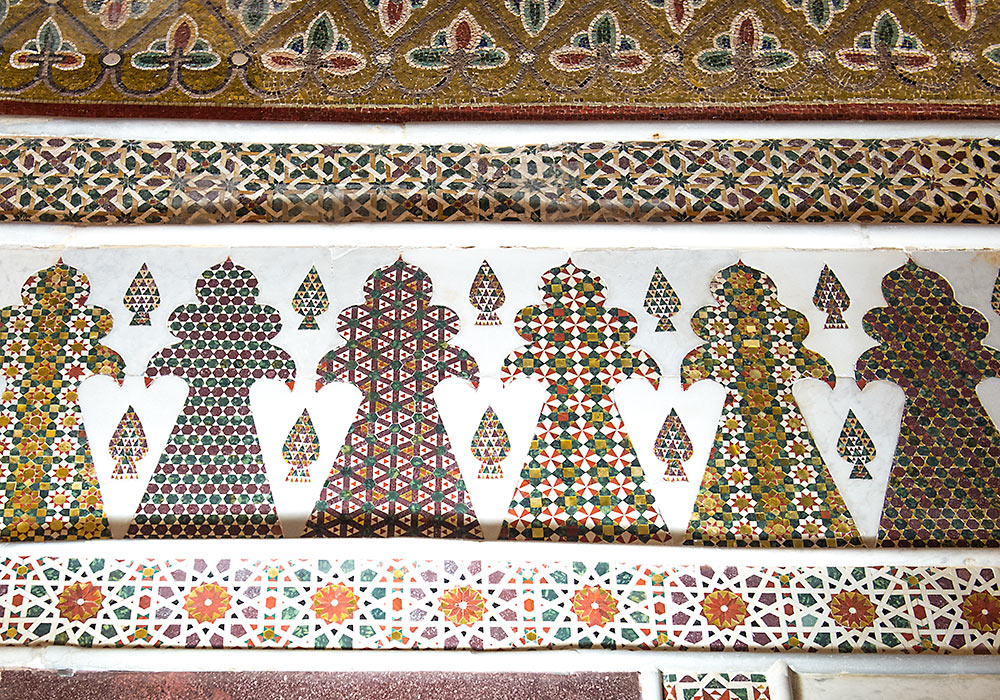 The Palatine Chapel: Detail of the wall. 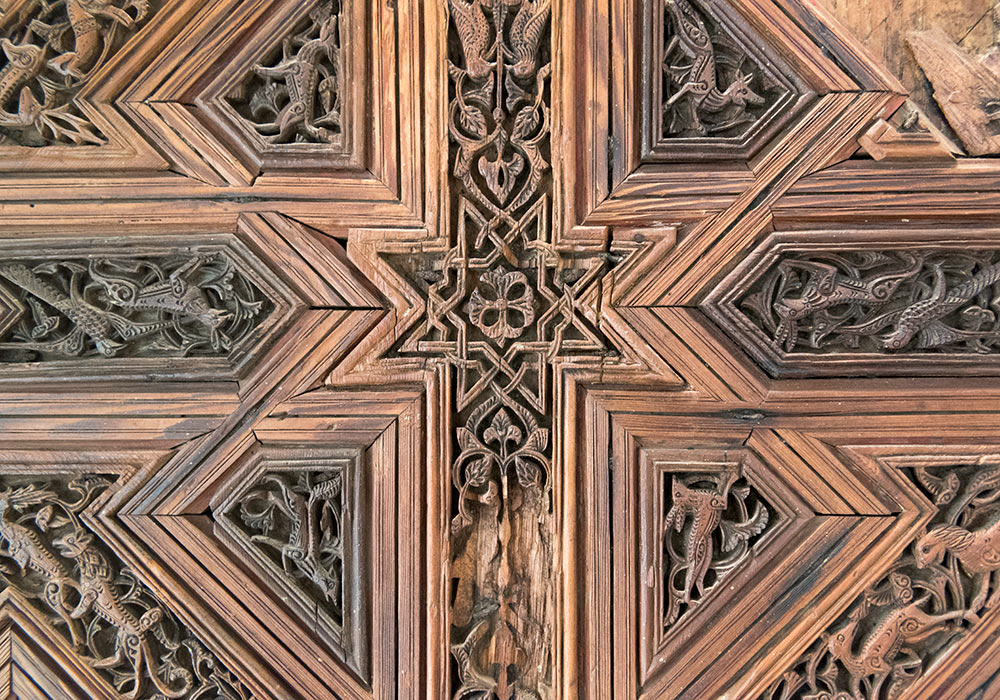 Fragment of the ceiling (12th century) in the Norman Palace.