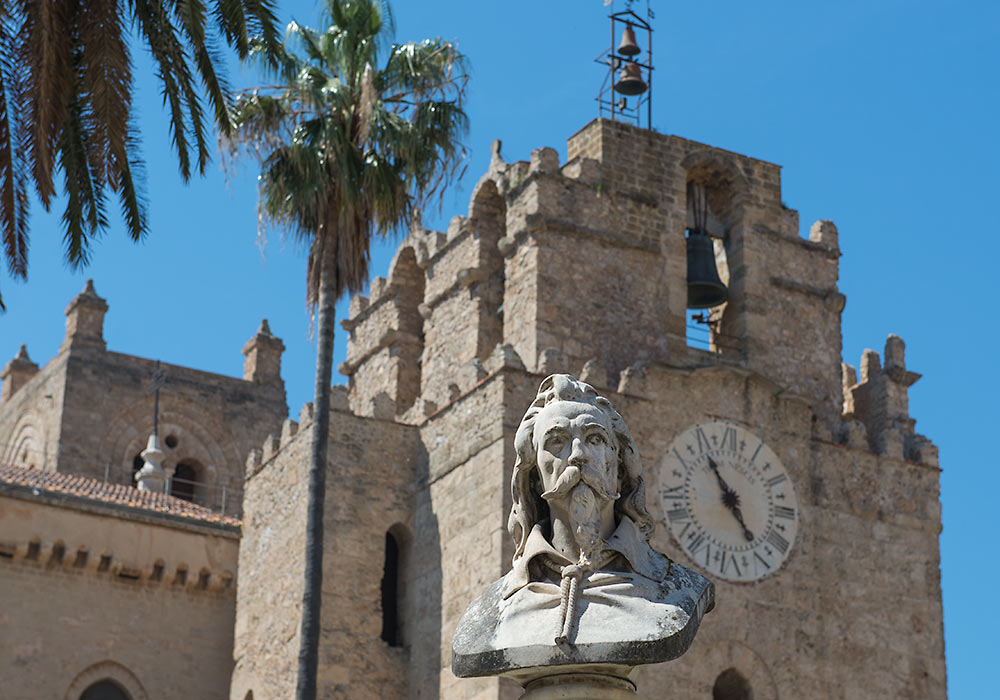 Bust of the painter Pietro Novelli in front of the bell tower of the cathedral in Monreale, Palermo. 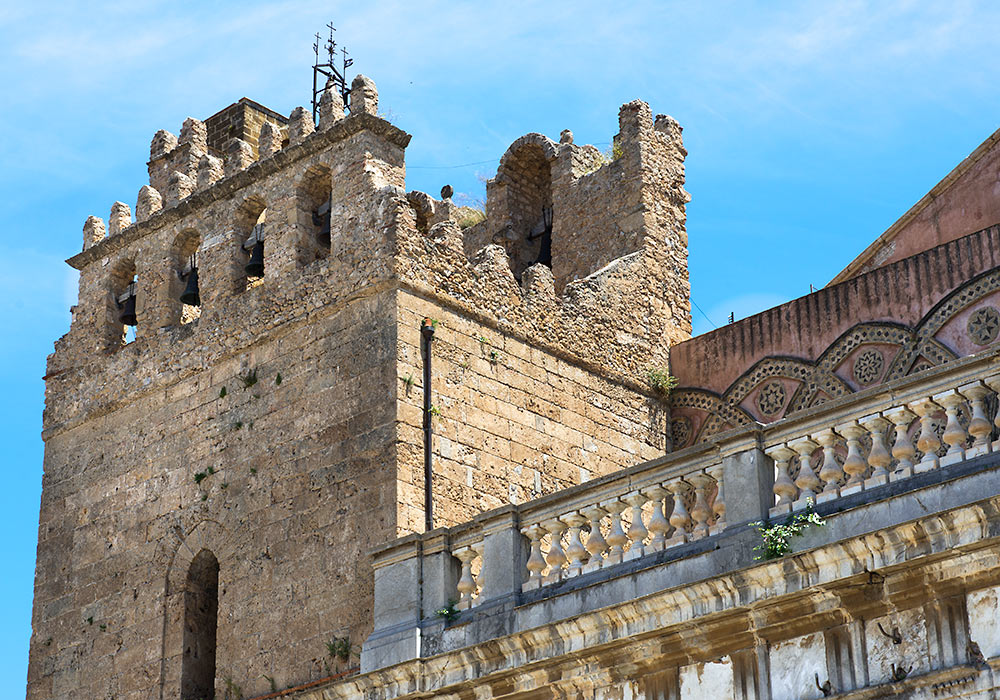 The Cathedral in Monreale, Palermo (detail). 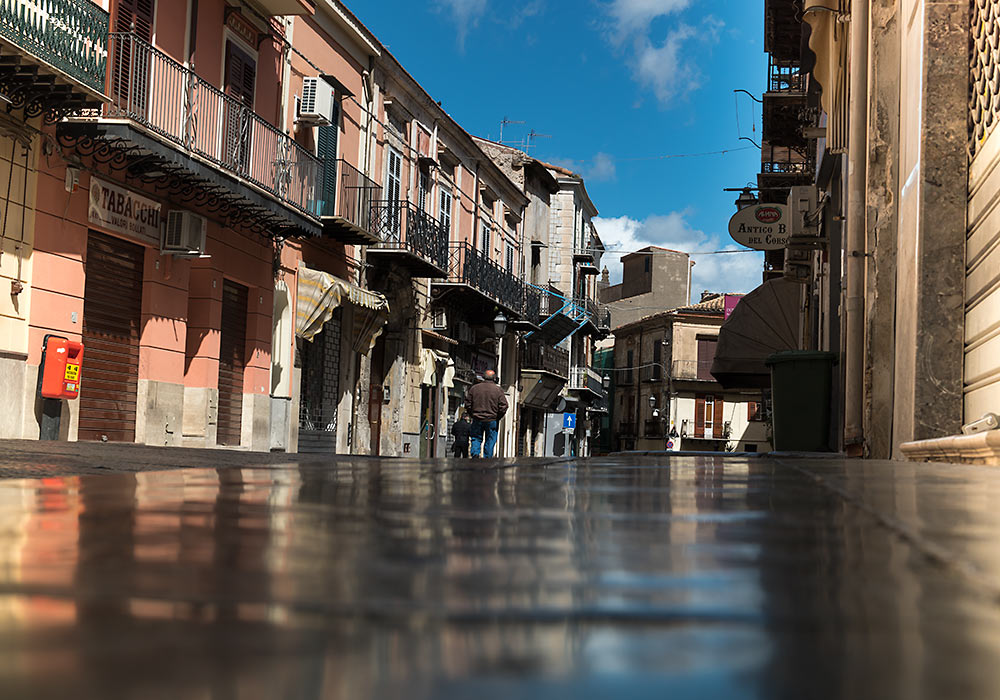 A quiet street in Monreale.

Latin inscription over a water source 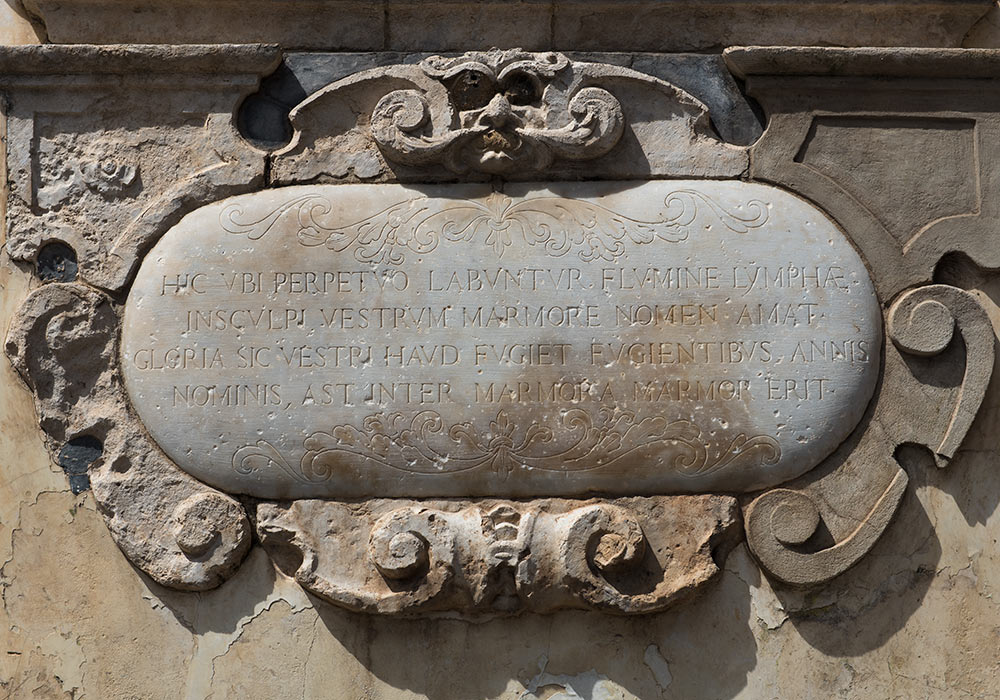 Latin inscription over a water source in Monreale. The text reads: "Hic ubi perpetuo labuntur flumine lymphae insculpi vestrum marmore nomen amat gloria sic vestri haud fugiet fugientibus annis nominis, ast inter marmora marmor erit", which Google translates rather nonsensical as "This slip stream of water where ever you are stamped with the name of marble loves you so much glory years of the fugitives flee, but among the marble marbles". 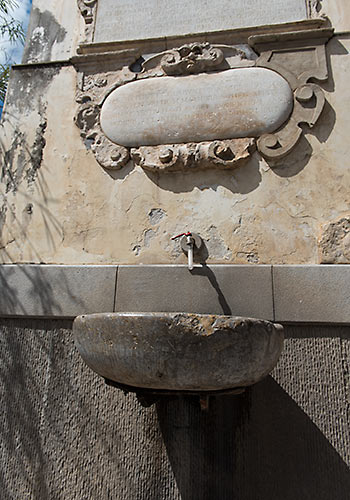 The water source with the latin inscription, Monreale. (See detail above.) 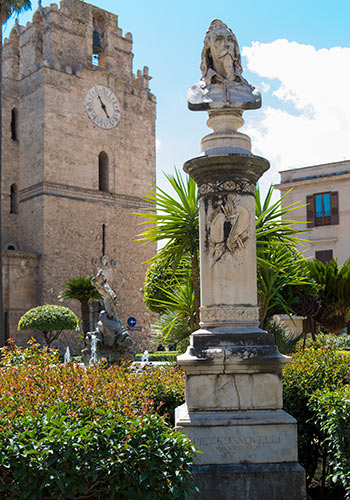 Statue of the painter Pietro Novelli outside the cathedral. Pietro Novelli (1603–1647) was born in Monreale, and was active mainly in Palermo. Novelli is also known as il Monrealese or Pietro "Malta" Novelli. He was also nicknamed by contemporaries as the Raphael of Sicily. Novelli was a member of the Compagnia di S. Maria del Rosario delli Sacchi (see Oratorio del SS. Rosario di San Domenico) and painted several in the Oratory perhaps more known for the stuccoes of Giacomo Serpotta. 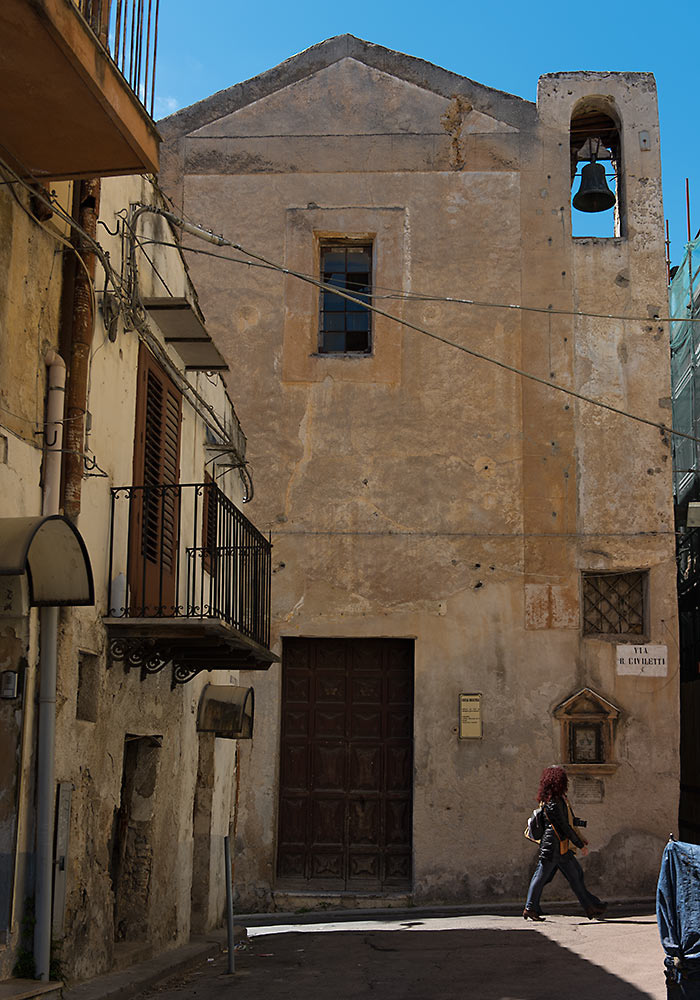 Chiesa Odigitria (Via B Civiletti) was built by Greek-Albanian immigrants in 1596. The church has a frescoed ceiling by Pietro Novelli and stuccoes by Giacomo Serpotta. 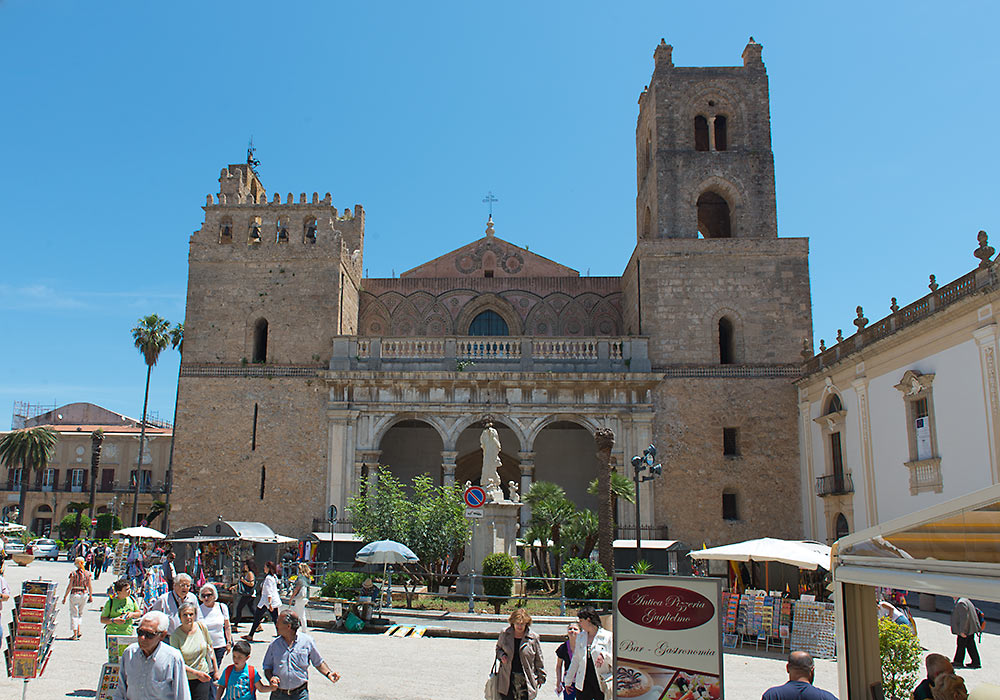 The cathedral in Monreale marks the high point of the marriage between Norman Romanesque Architecture and Byzantine craftsmanship. 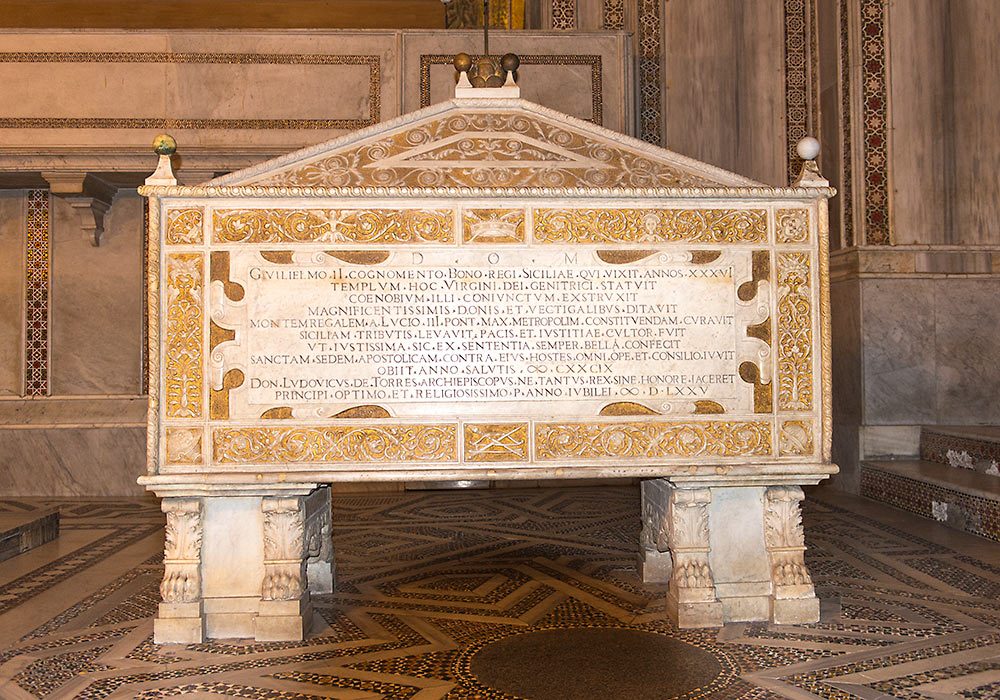 The Tomb of King William II of Sicily in the Monreale Cathedral.