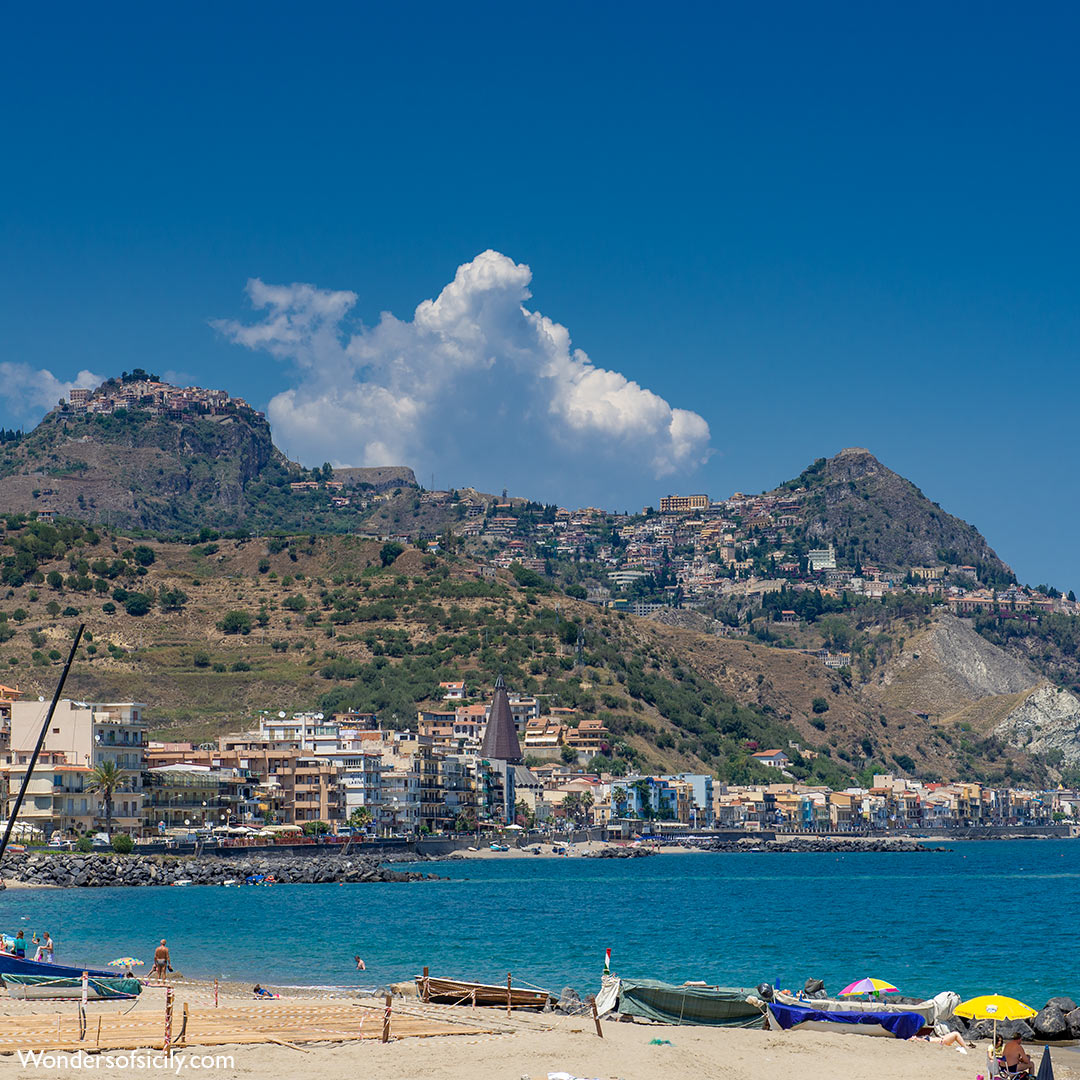 Season 2 of 'The White Lotus' was shot on various spectacular locations in Sicily. The main location is the San Domenico Palace, Taormina. The beach scenes were filmed in Cefalù, with the Norman cathedral as a backdrop. More locations included Noto and Palermo.

Taormina up in the hills as seen from Naxos. The village on top of the hill to the left is Castelmola. 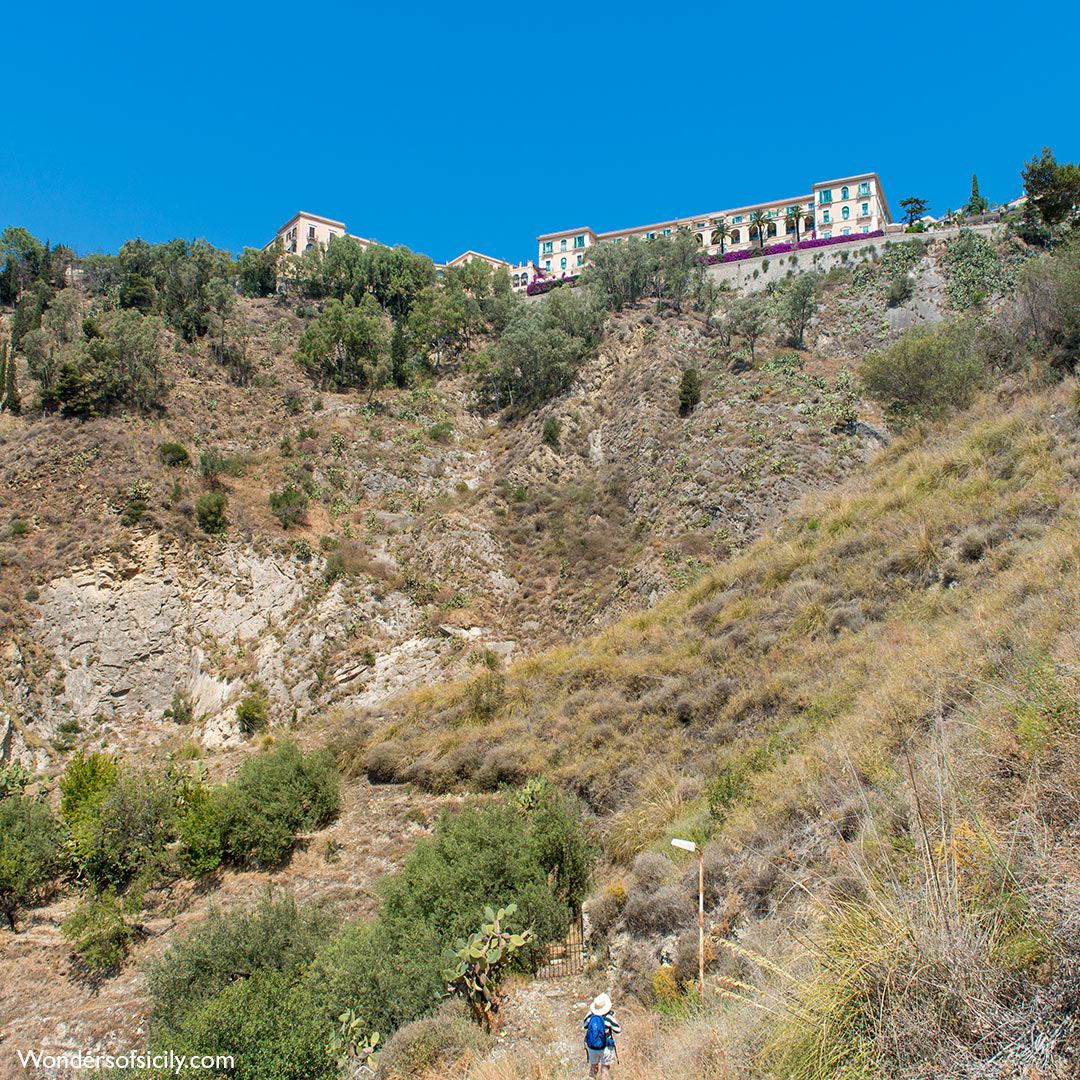 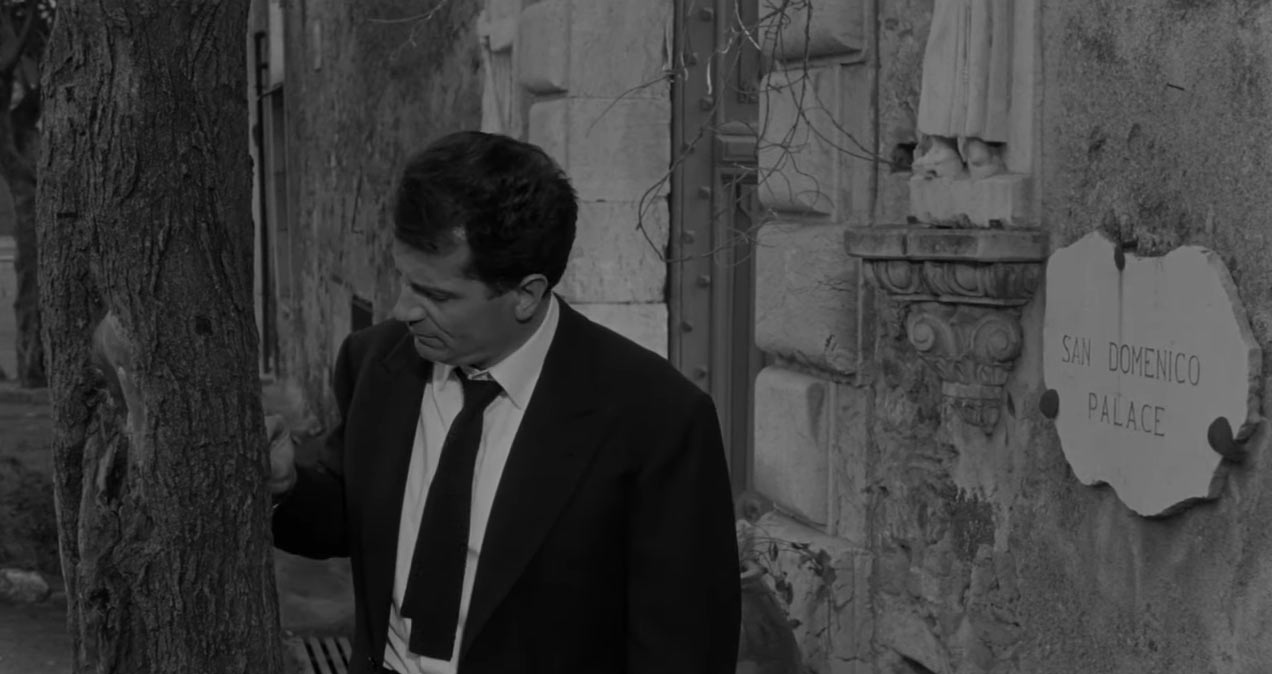 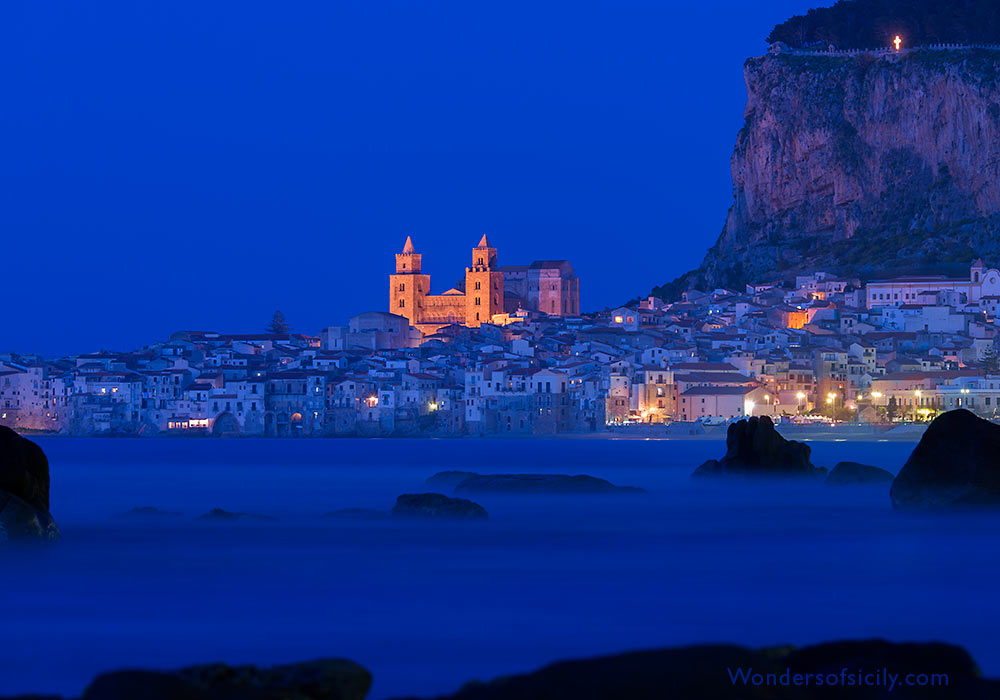 The beach where Meghann Fahy swims out to discover a body (The White Lotus S02E01) has Cefalù town with its magnificent Norman Cathedral and the mountain called Rocca di Cefalù in the background. 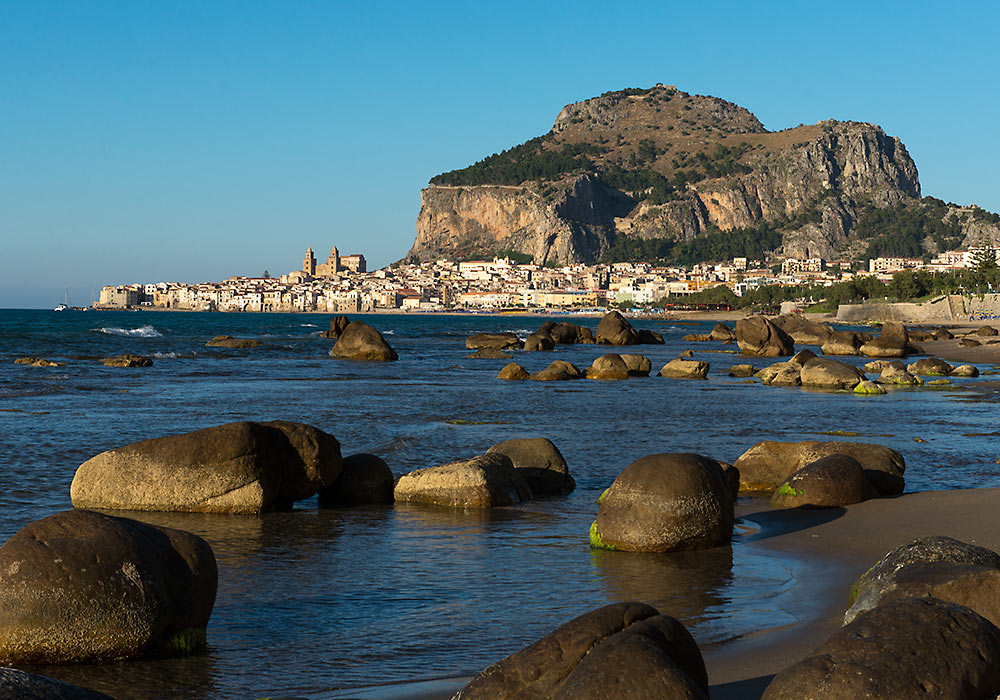 At 33:48 of episode 3 there is a shot by shot quotation of the famous scene in Antonioni’s L’avventura when Claudia (Monica Vitti) is waiting for Sandro (Gabriele Ferzetti). 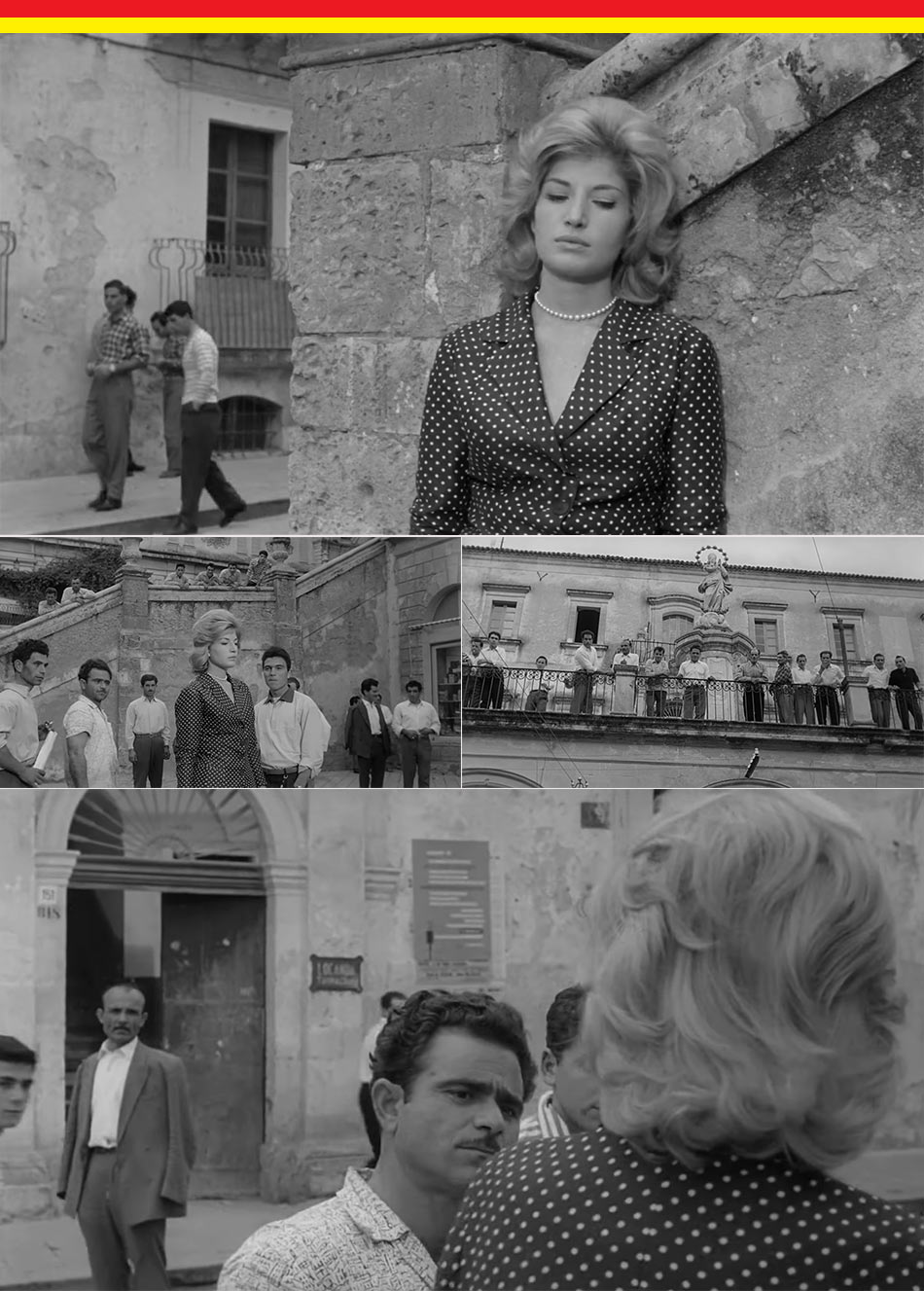 Claudia (Monica Vitti) is surrounded by men as she is waiting for Sandro (Gabriele Ferzetti) by the steps of Chiesa di San Francesco d'Assisi all'Immacolata, which is the first church you see after entering Porta Reale in Noto. The scene is quoted almost image by image in the third episode of The White Lotus season 2. 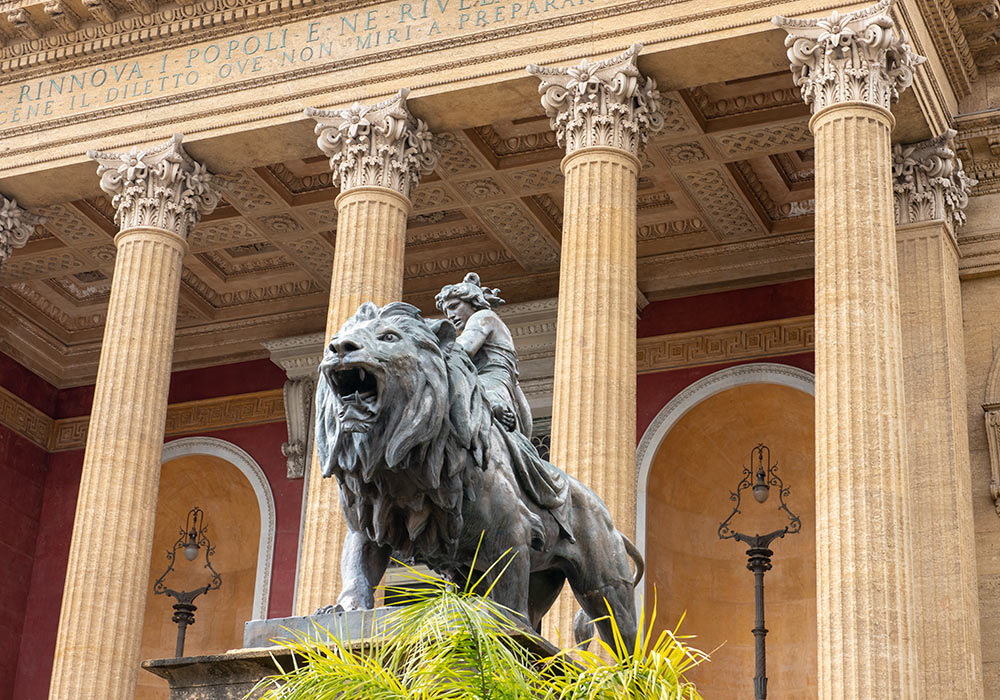 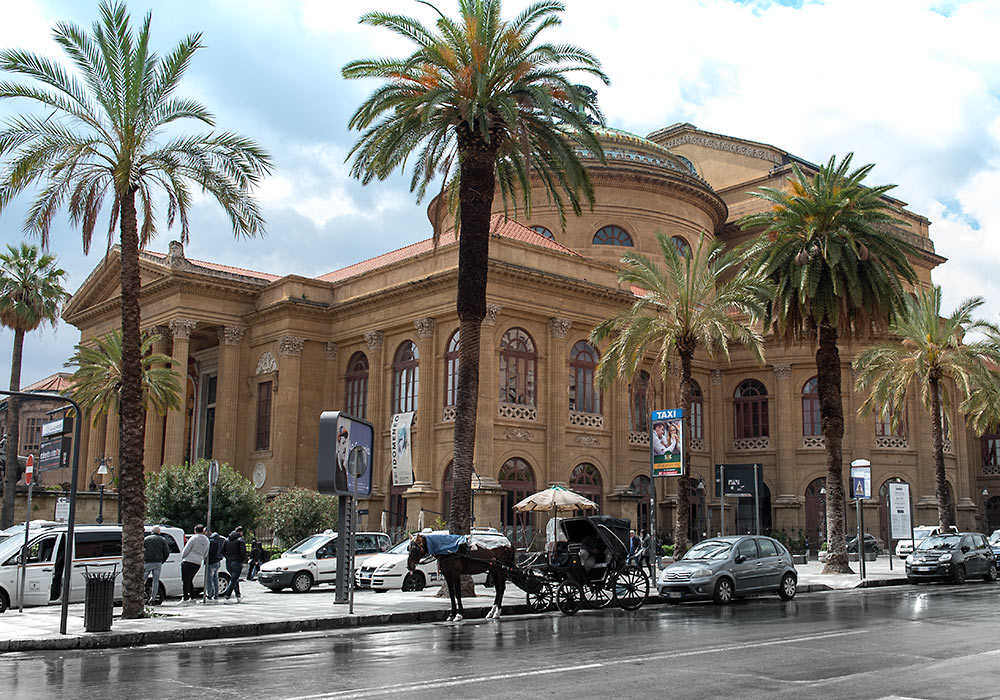 Season 1 of 'The White Lotus' was shot in Hawaii at the luxury resort Four Seasons Resort Maui and on other locations on Maui and Wailea Beach.