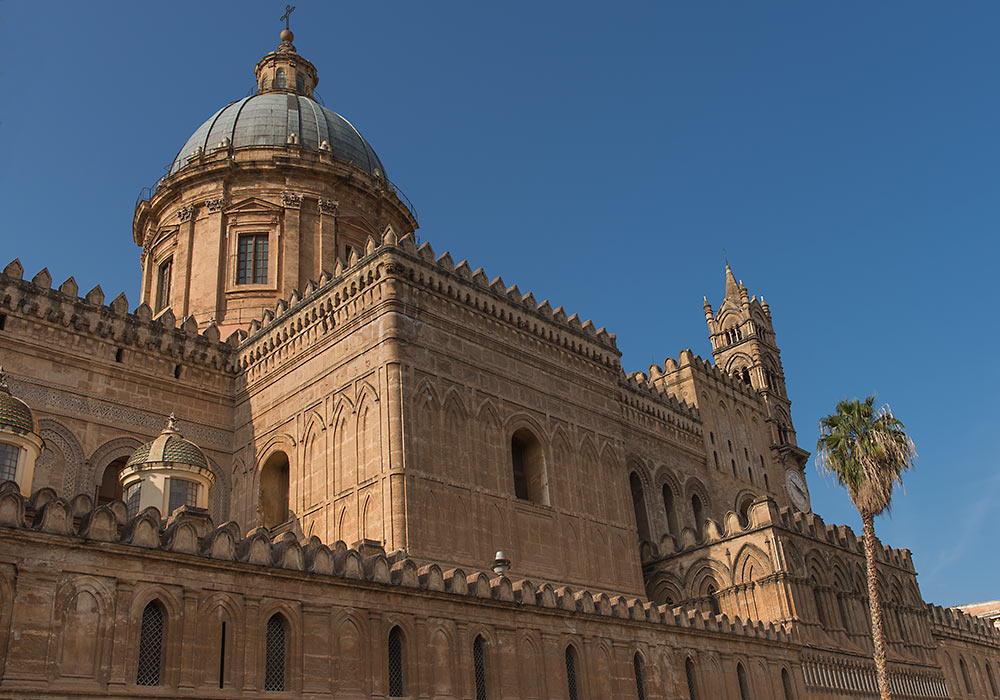 Palermo Cathedral is characterized by different architectural styles, due to a long history of additions, alterations and restorations. It was erected in 1185 by Walter Ophamil (aka Gualtiero Offamiglio and Walter of the Mill), the Anglo-Norman archbishop of Palermo and King William II's minister.

The cathedral in the center of Palermo – not to be confused with the Monreale Cathedral – was built on the site of an older basilica (used as a mosque in the 9th century). 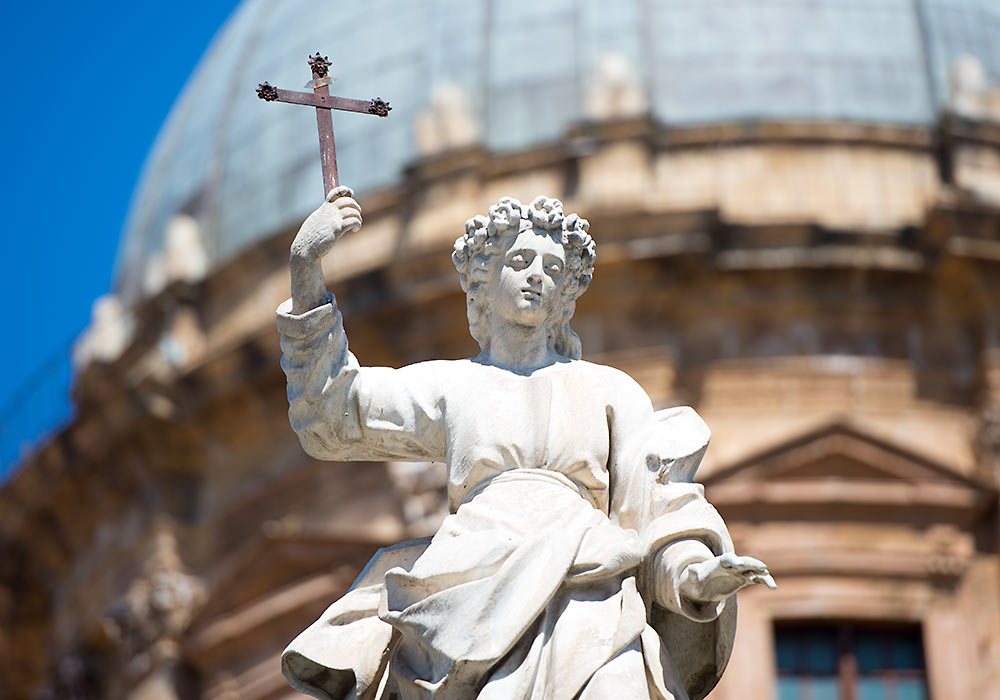 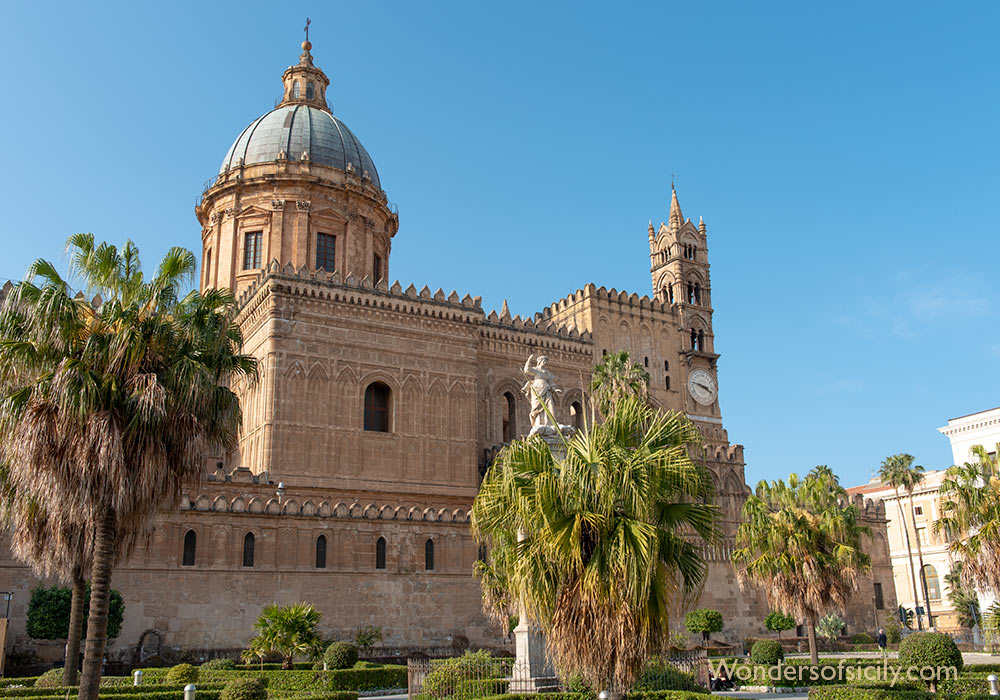 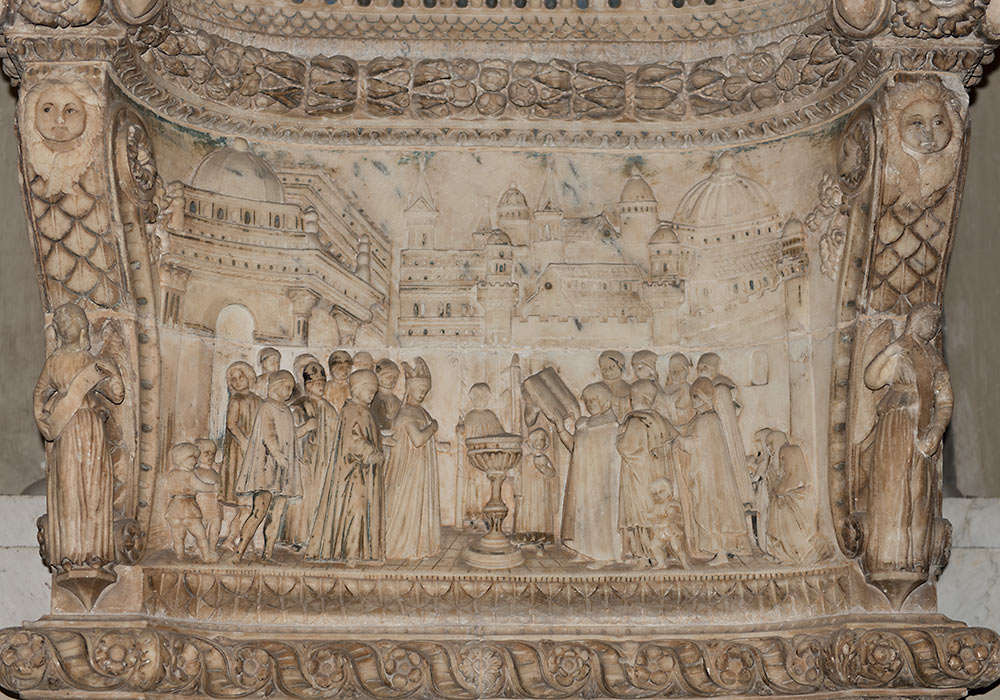 Detail of a (restored) canopied stoup attributed to Domenico Gagini (1420-92). 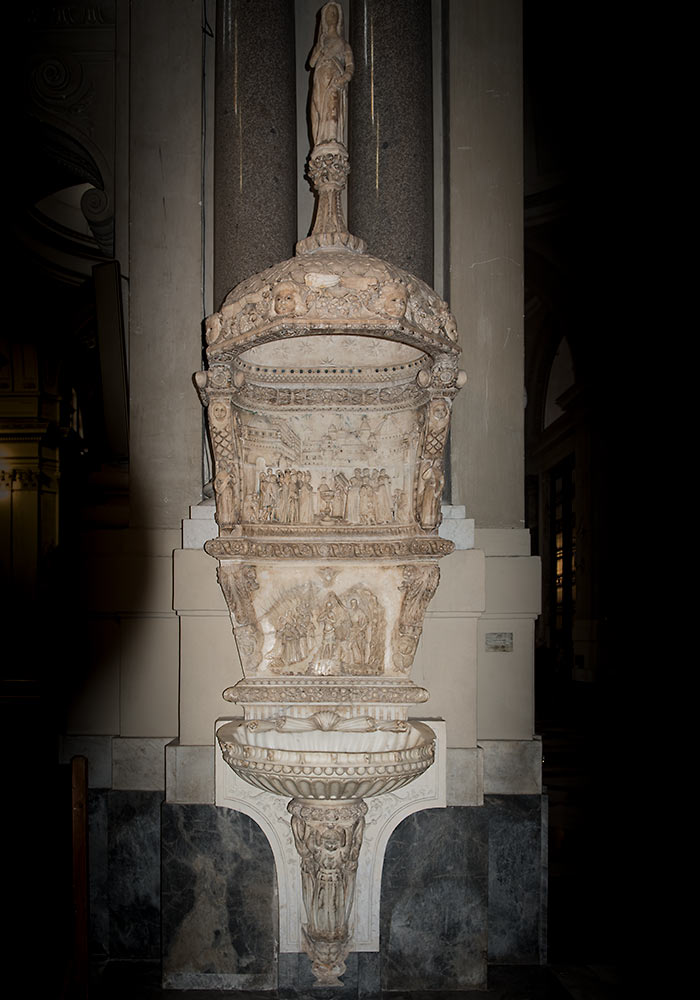 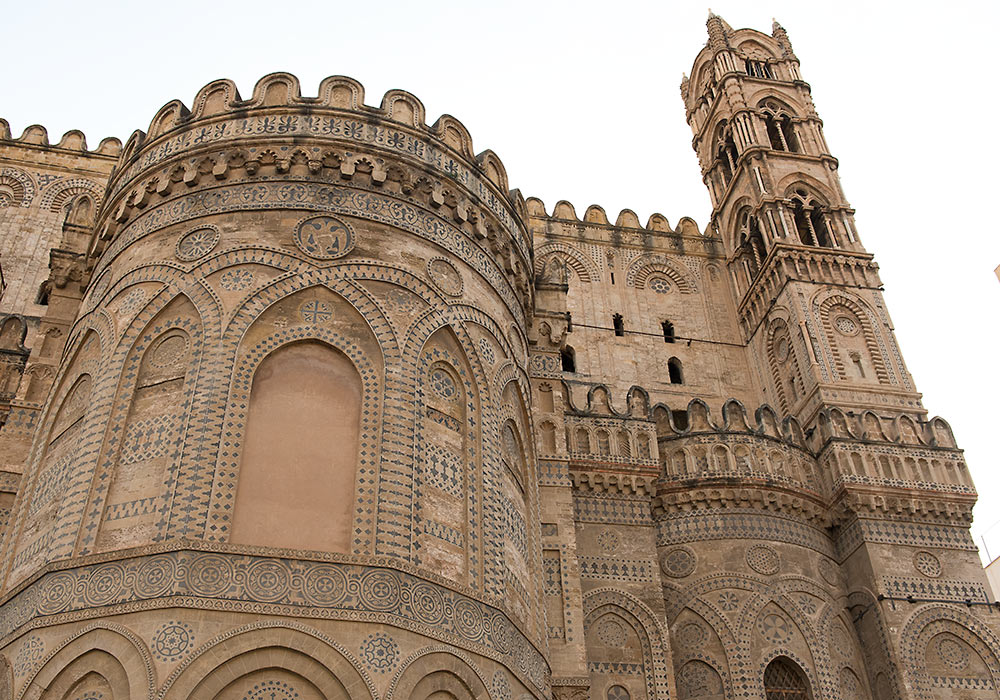 The Cathedral in Palermo was founded in 1185 by Walter of the Mill (Gualtiero Offamiglio), an Englishman who came to Palermo as tutor to the young William II and later became archbishop of Palermo. Walter of the Mill accumulated such a powerful following that the king responded by creating a new city at Monreale. 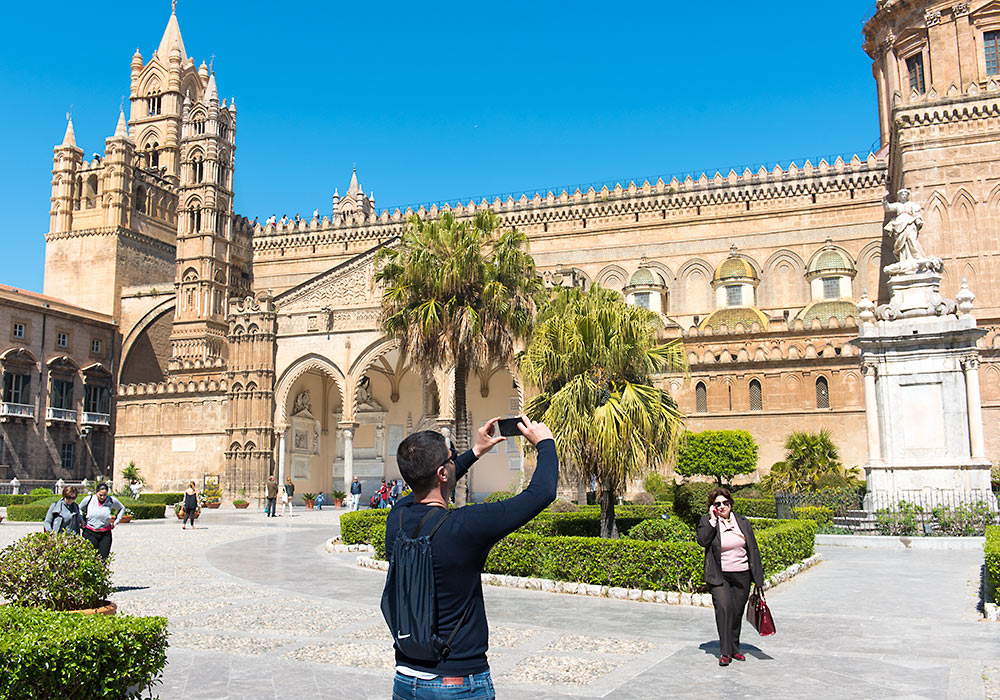 Tourist taking pictures of the cathedral in Palermo (not to be mixed with the Monreale cathedral). 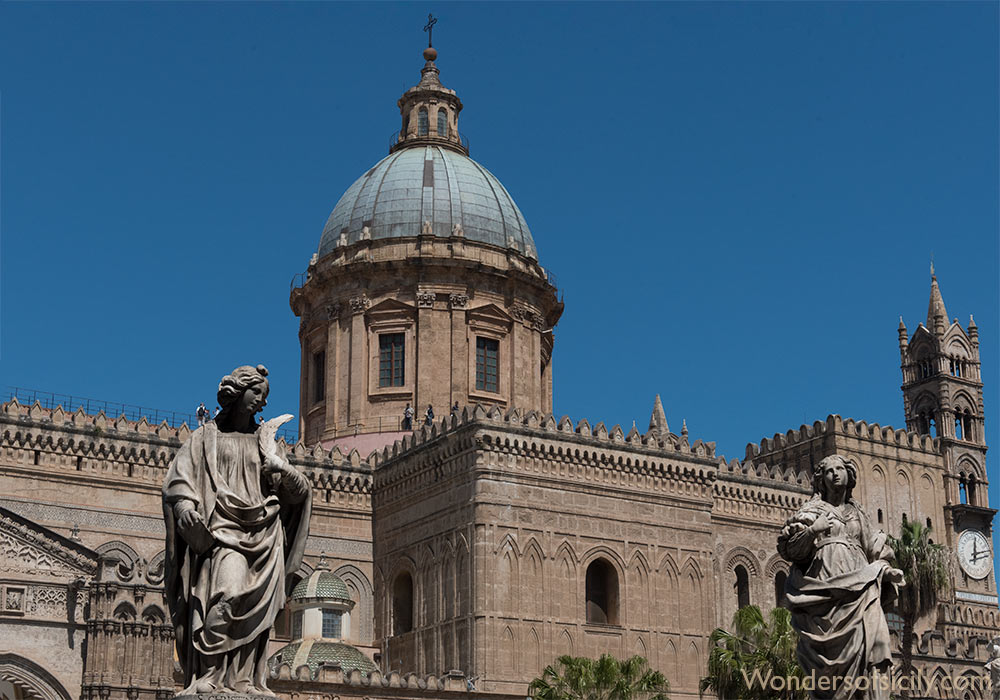 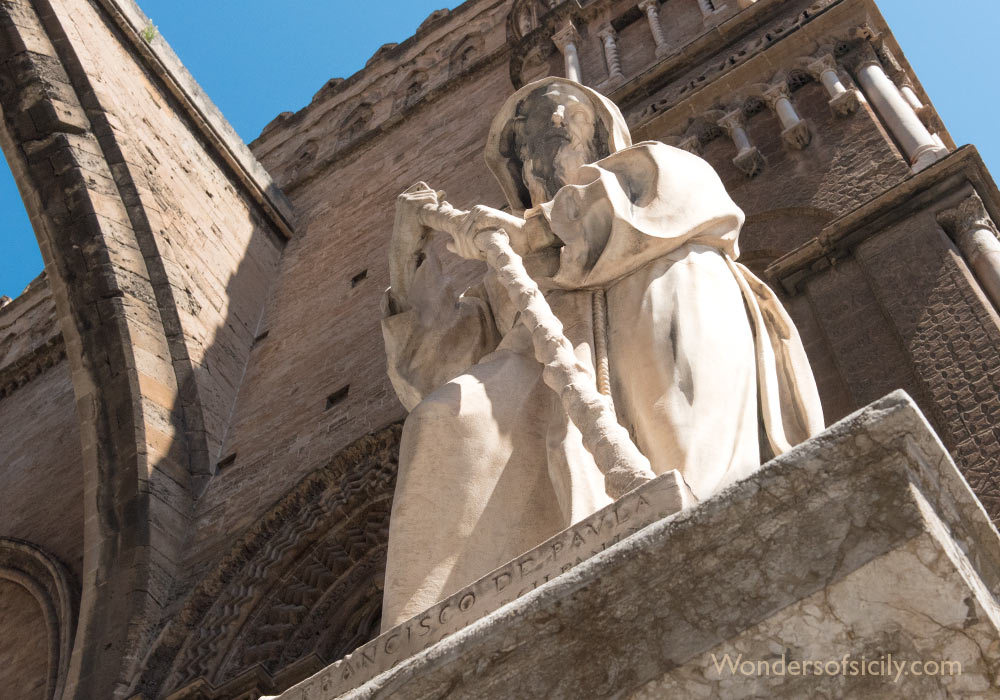 Statue of Saint Francis of Paola (1416–1507) behind the cathedral in Palermo. 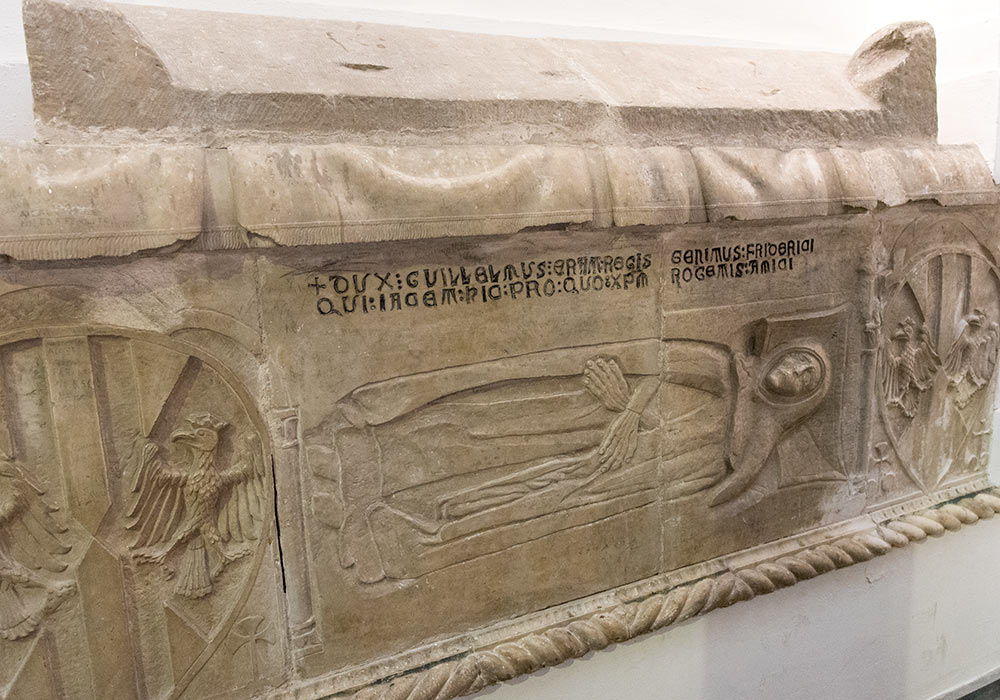 William II, Duke of Athens’ tomb in the Palermo cathedral.

William II, Duke of Athens (d. 22 August 1338), son of Frederick II of Aragon. In 1337, his father willed him the Principality of Taranto, the county of Calatafimi, the honour of Monte Sant'Angelo, and various castles and lands in Noto, Spaccaforno, Capo Passero, and Avola when his mother, Eleanor, daughter of Charles II of Naples, died. She died in 1341, but William died first on 22 August 1338. He left his library to the Dominicans of Palermo.