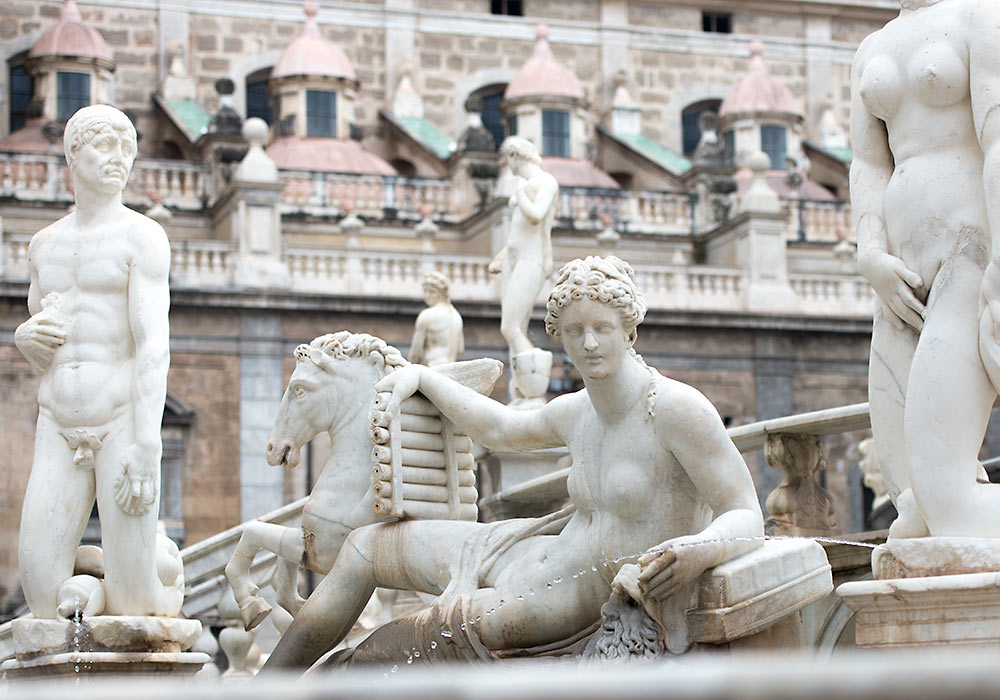 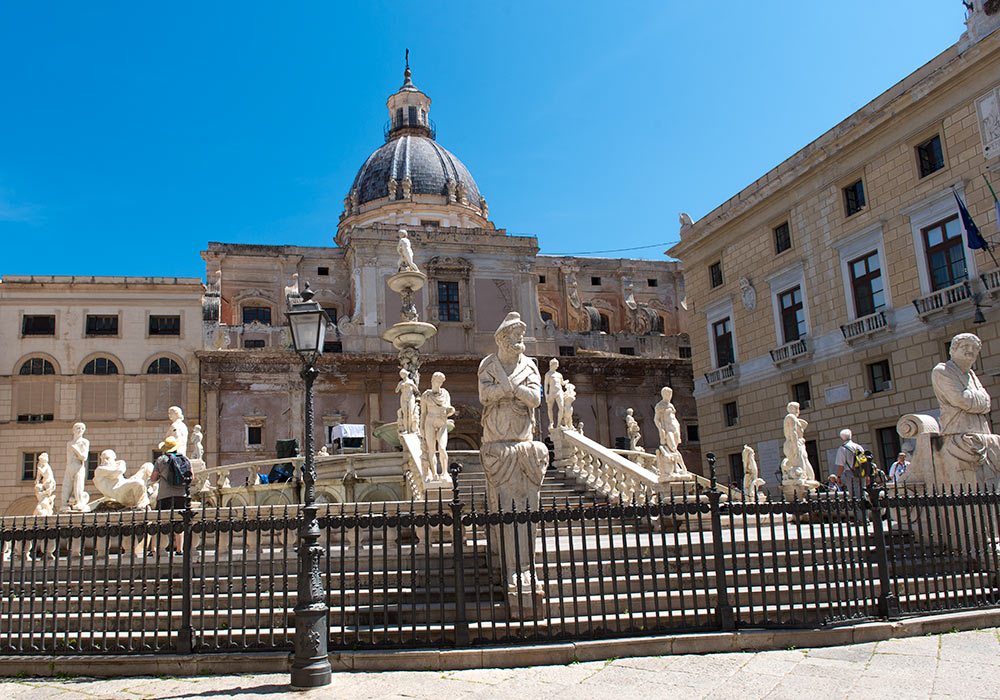 The monument is opened to the public now and then. There is no information about opening hours. 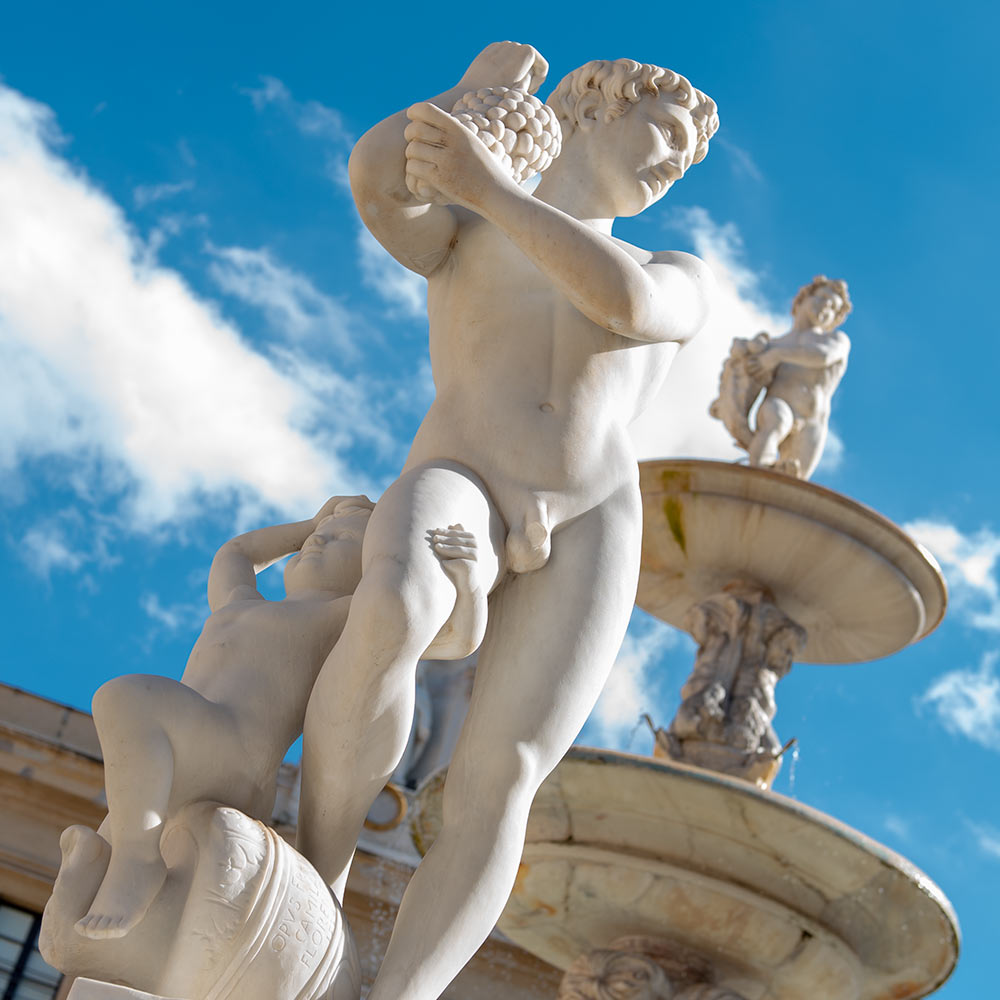 Detail of a statue in front of the fountain. 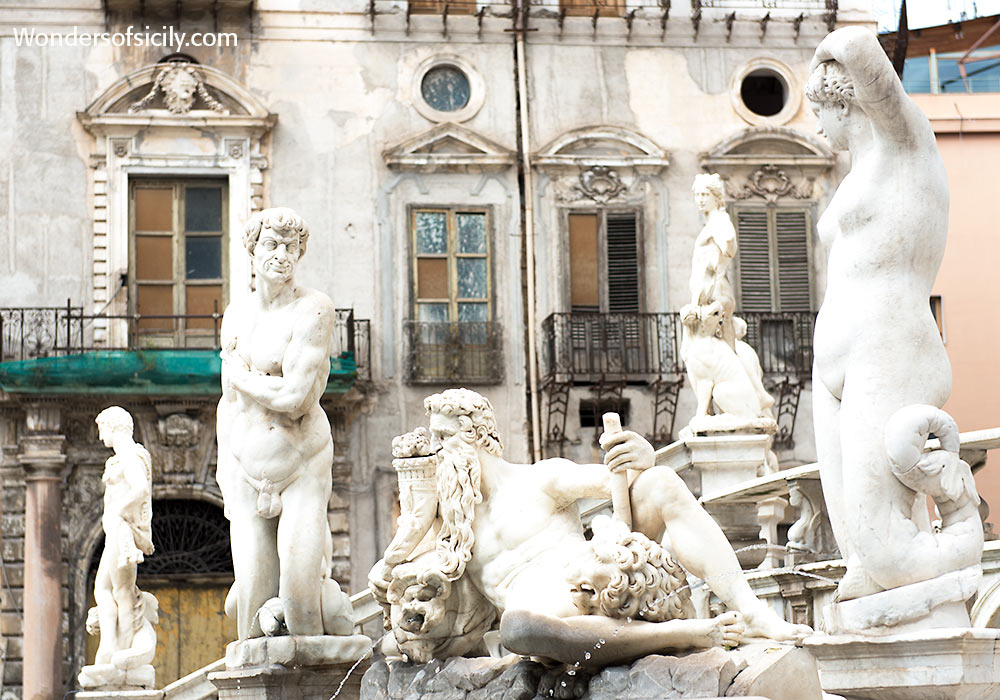 Fontana Pretoria (1554-55), also known as the Fountain of Shame on Piazza Pretoria near the Quattro Canti intersection in Palermo. Goethe was appalled when he visited Palermo in 1787. Occasionally the gates are opened so that the visitors can wander freely around among the more or less grotesque sculptures. 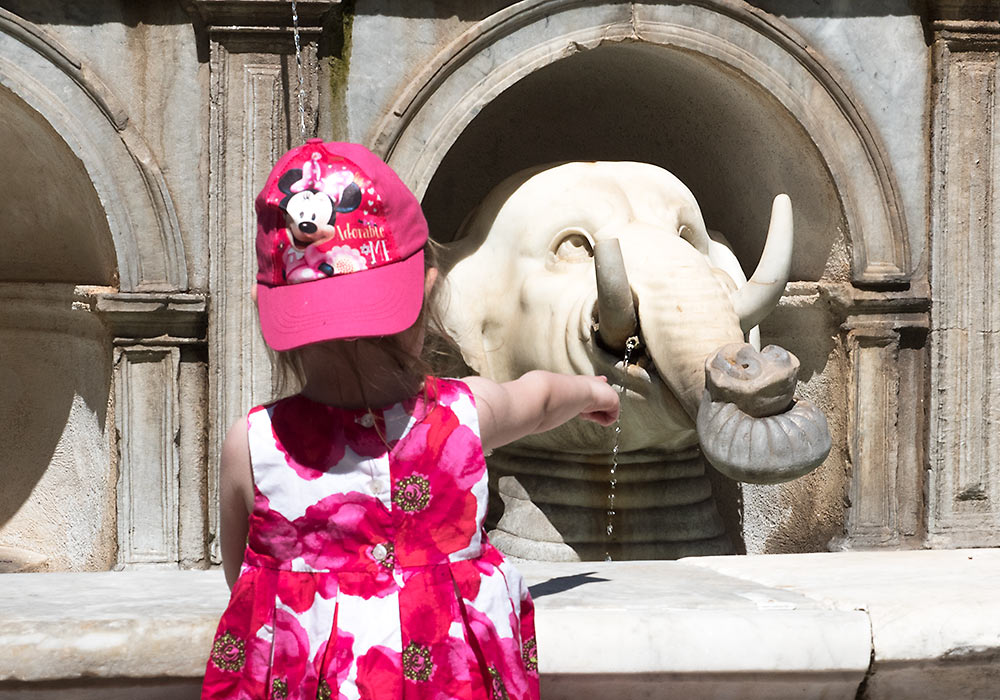 The High Renaissance fountain (1554–1555) on Piazza Pretoria is designed by Francesco Camilliani, but it was not assembled and enlarged before 1573. The basin is decorated with more than 50 statues of all kinds of animals, monsters, harpies, sirens and tritons. The Palermitans call it Fontana della Vergogna (Fountain of Shame). Goethe visited Sicily in 1787, and was appalled when he saw the fountain, and even more appalled when he later visited Villa Palagonia in Bagheria. 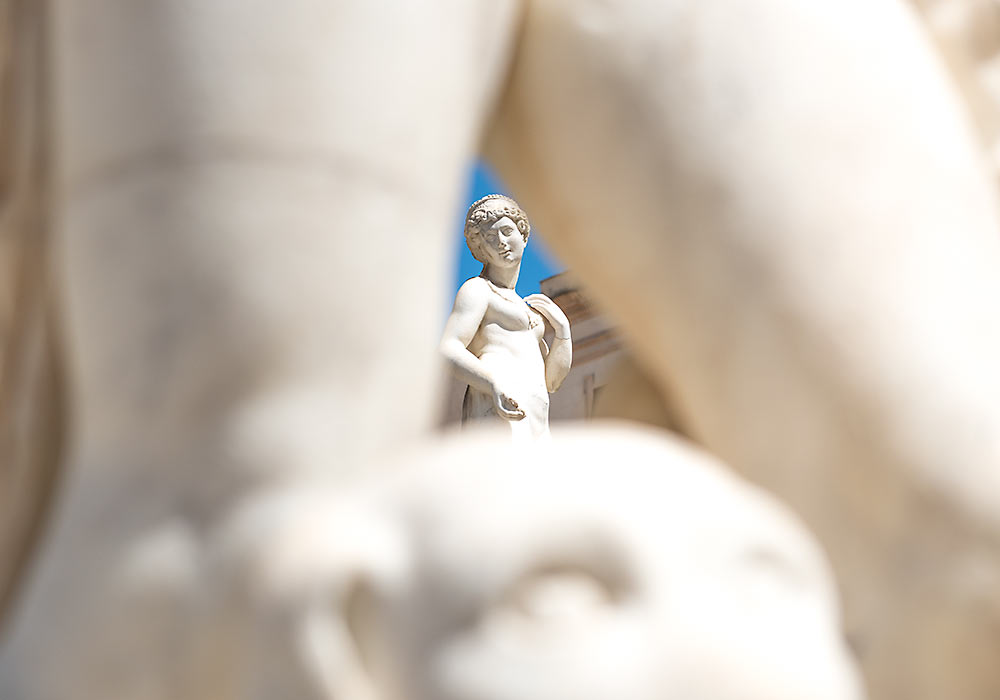 Fontana Pretoria is a perfect place for photographers to experiment with composition. 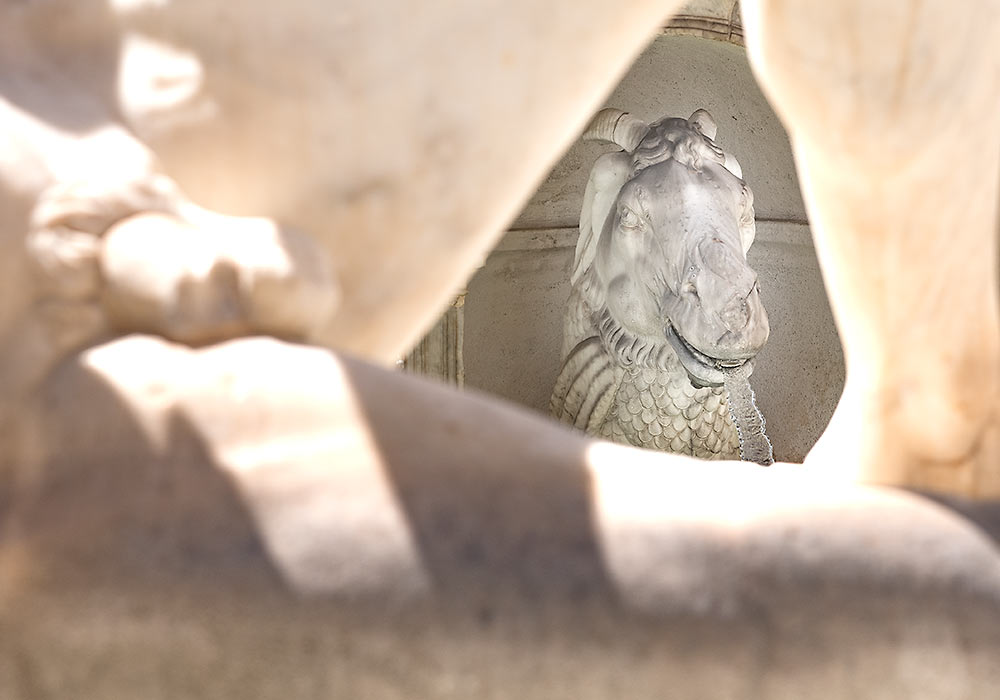 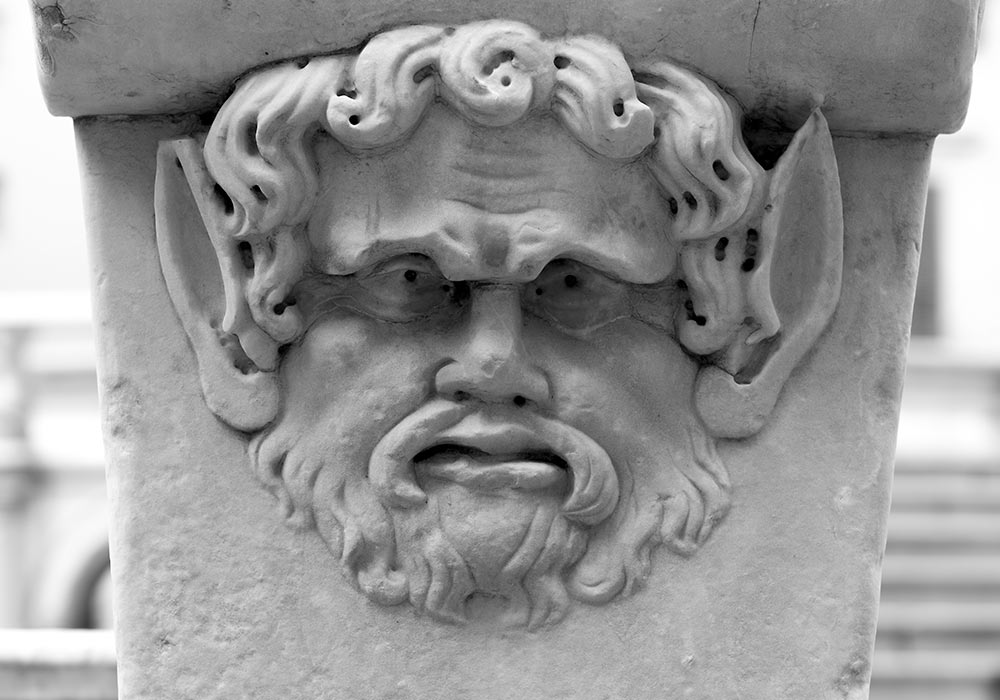 Relief at Fontana Pretoria in Palermo. 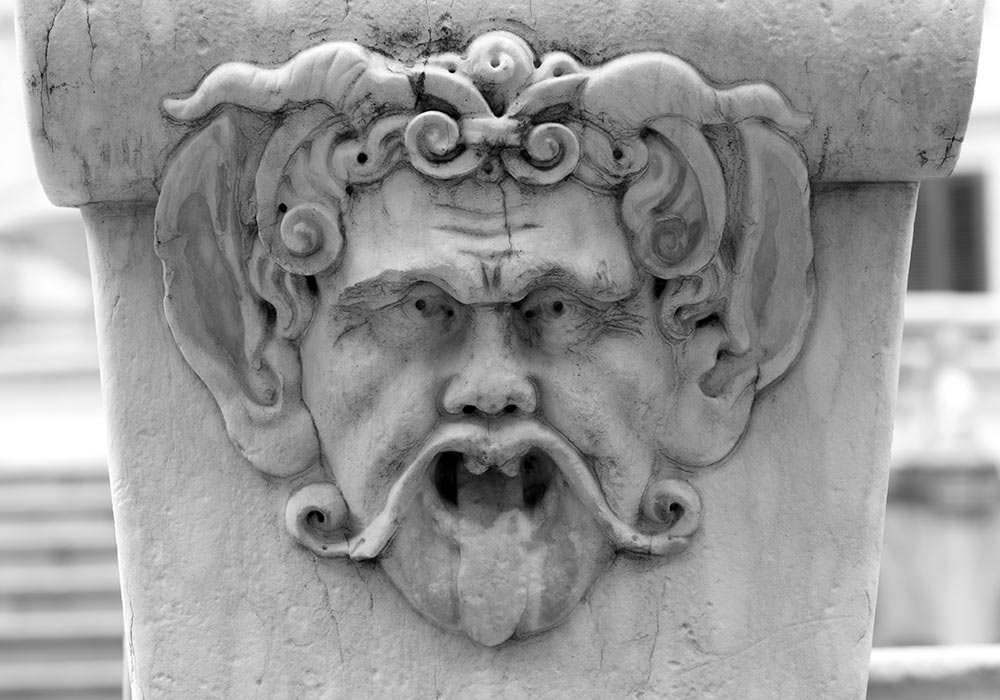 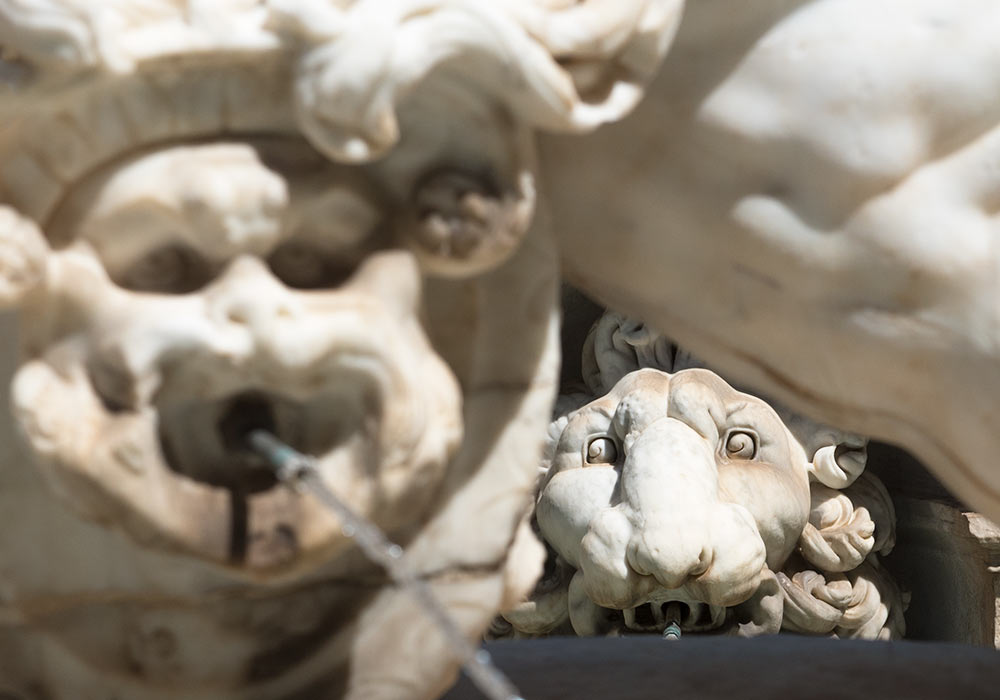 In the niches around the fountain, you can see the most grotesque and strange creatures. 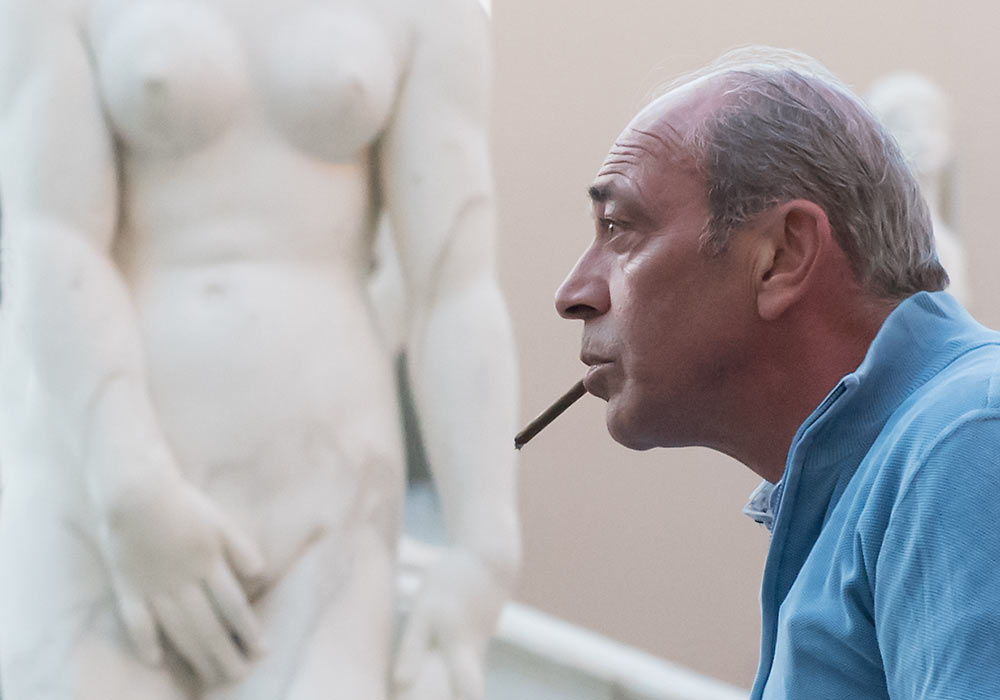 Man resting at the Fountain of Shame. Paging Mr. Freud. 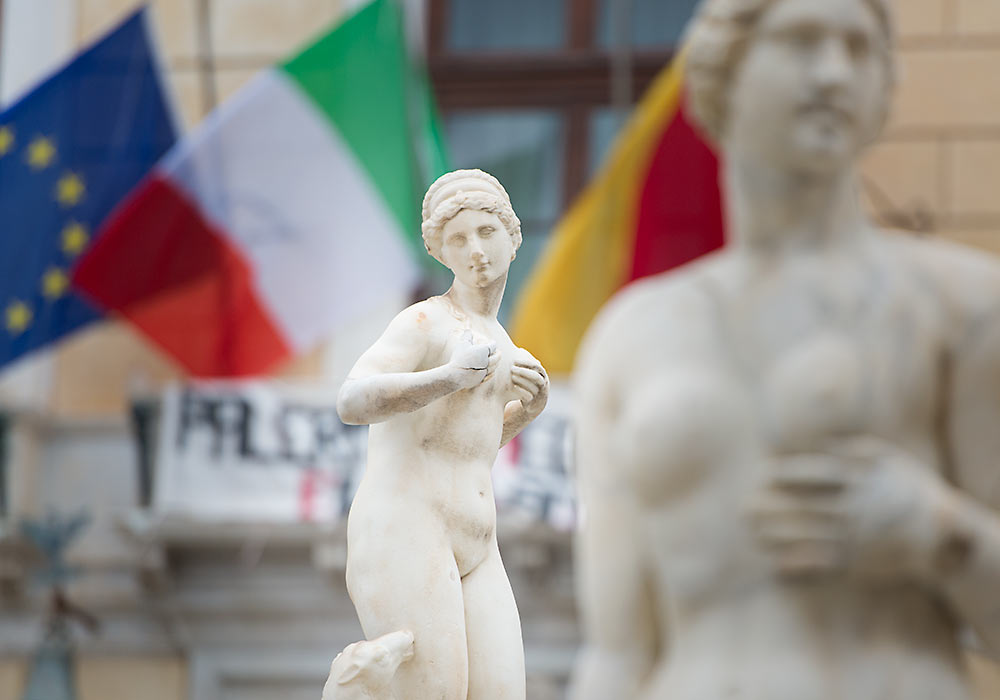 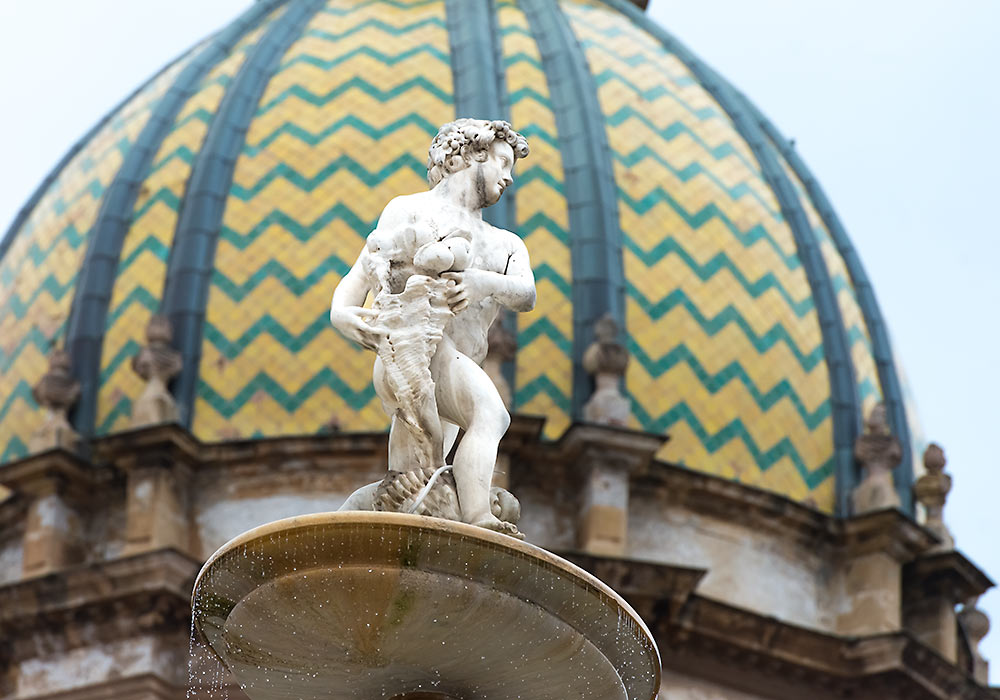 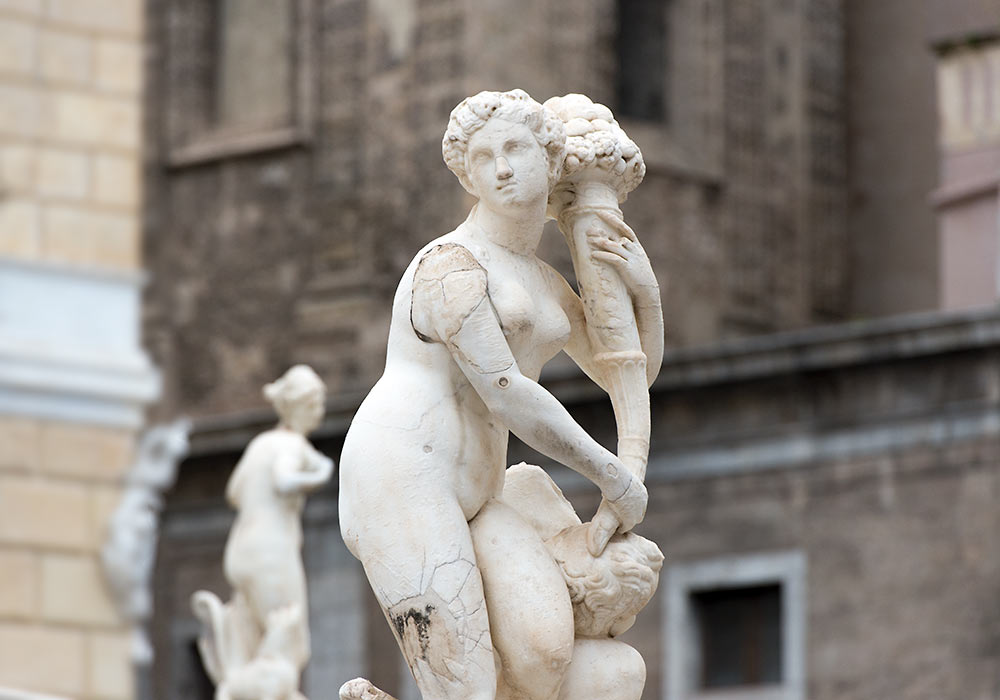 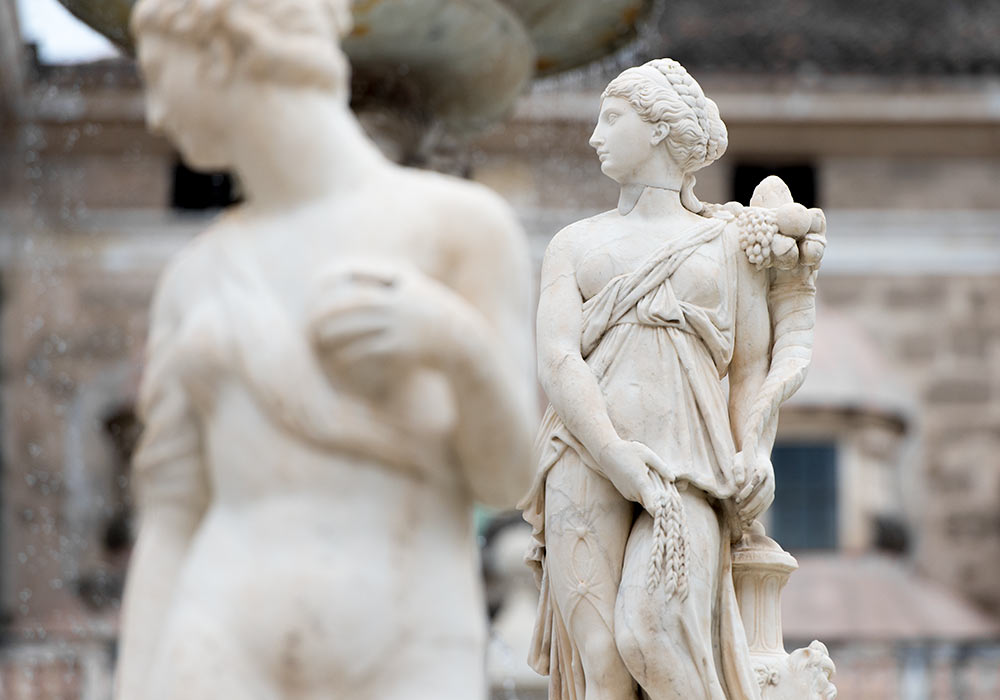