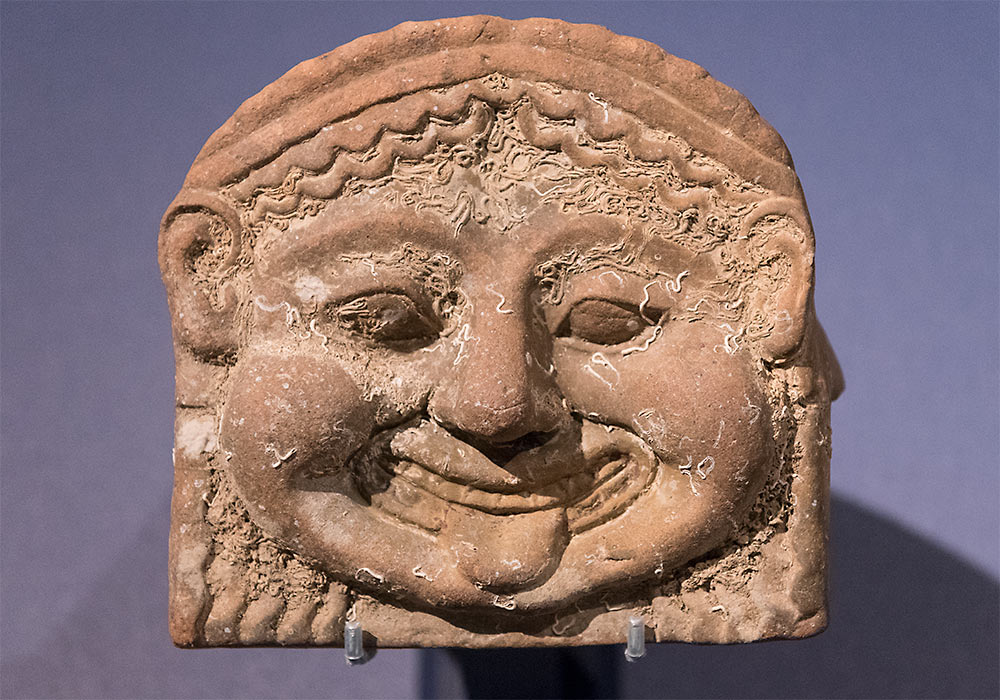 Gorgon roof ornament, 500-450 BC. Found off the coast of Gela. Soprintendenza per i Beni culturali e ambientali del Mare, Palermo, inv. 4237. Part of the exhibition Storms, War & Shipwrecks - Treasures from the Sicilian Seas at Ashmolean Museum of Art and Archeology.

Excavation work in Gela has revealed a section of a Greek necropolis dating to the seventh century B.C. Among the burials, archaeologist Gianluca Calà has discovered the remains of a newborn and bones from a large animal skeleton in a water jug (hydria), and a sarcophagus containing an intact skeleton. Pottery recovered from the graves links them to the earliest Greeks from Rhodes and Crete to settle in Sicily.