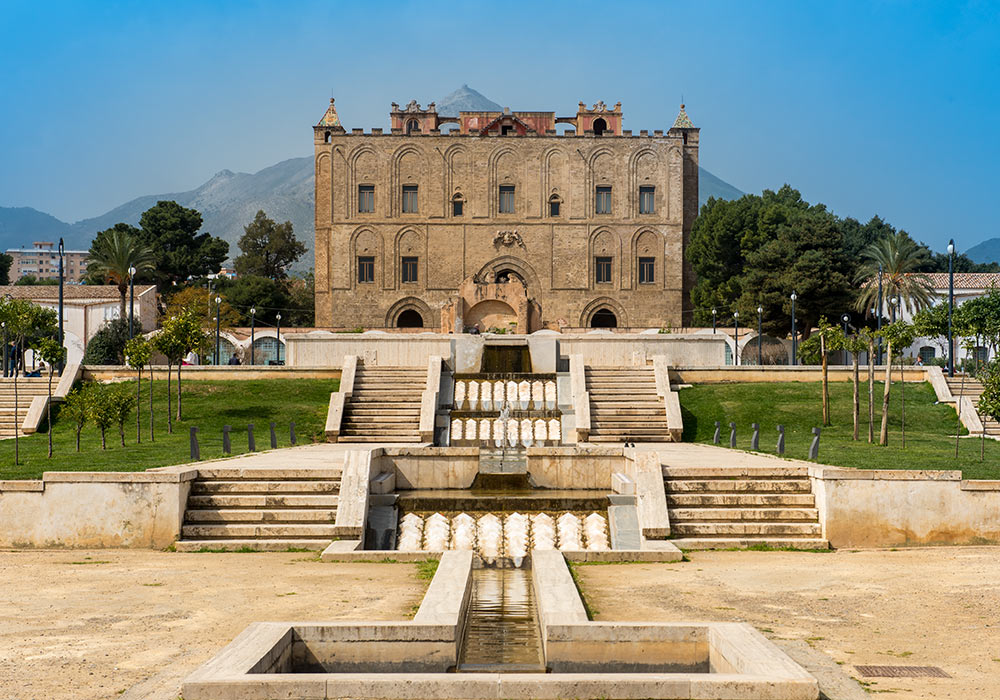 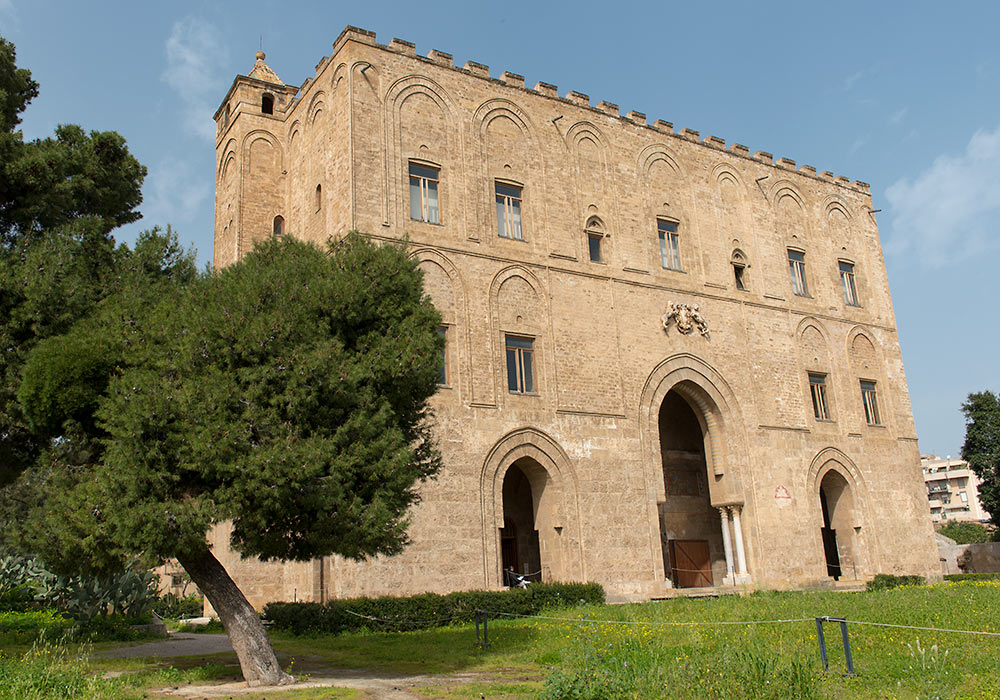 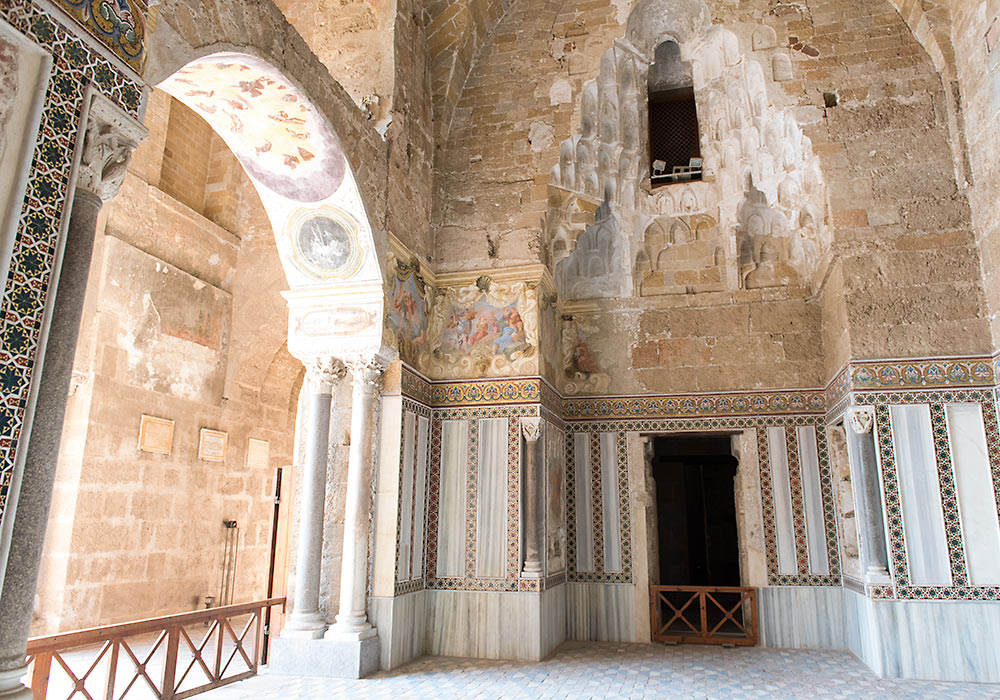 Interior of the Zisa Palace. Note the muqarnas over the door. 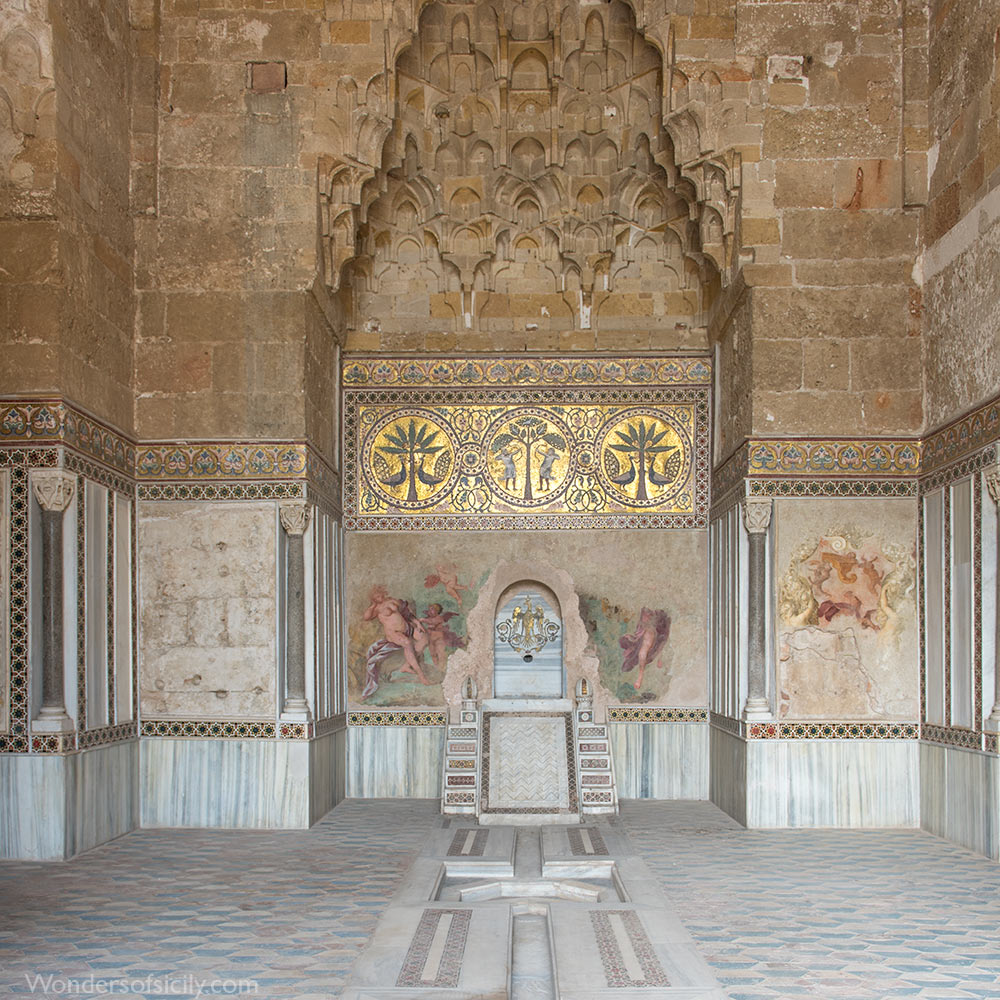 Muqarnas (the honeycomb structure) is a very common element of Islamic Architecture. It is a form of ornamented vaulting, the geometric subdivision of a squinch, or cupola, or corbel, into a large number of miniature squinches, producing a sort of cellular structure, sometimes also called a "honeycomb" vault.

But step now into the hall of the palace. At once you are in a different world. Nowhere does Norman Sicily speak more persuasively of the Orient; nowhere else on all the island is that specifically Islamic talent for creating quiet havens of shade and coolness in the summer heat so dazzlingly displayed. The ceiling is high and honeycombed, the three inner walls set with deep niches, roofed in their turn with those tumbling stalactites so dear to Saracen architects. All around, zig-zagging in and out of the niches, runs a frieze of marble and multi-coloued mosaic, broadening out in the centre of the back wall into three medallions in which, against a background of exquisite decorative arabesques, confronted archers are busy shooting birds out of a tree, while two pairs of peacocks peck dates, with studied unconcern, from conveniently stunted palms.
(John Julius Norwich: The Normans in Sicily, p 600) 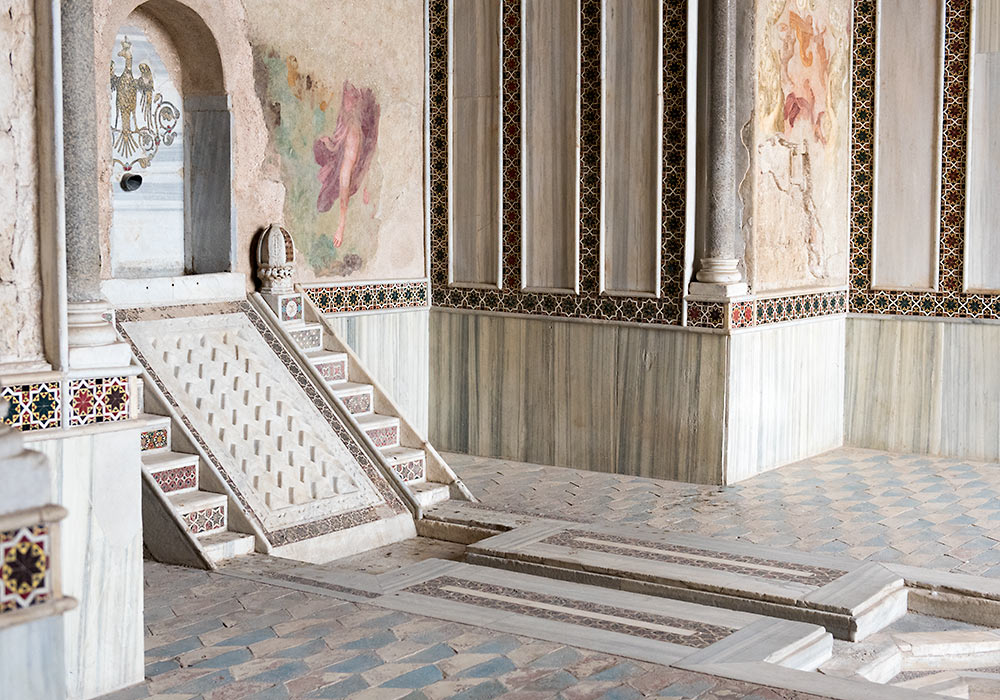 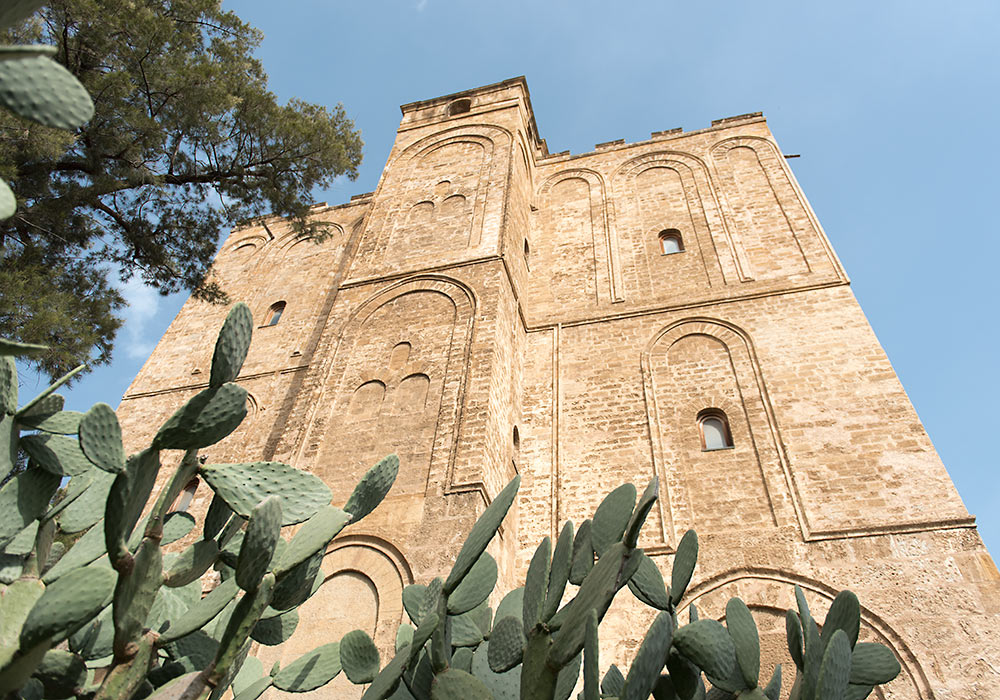 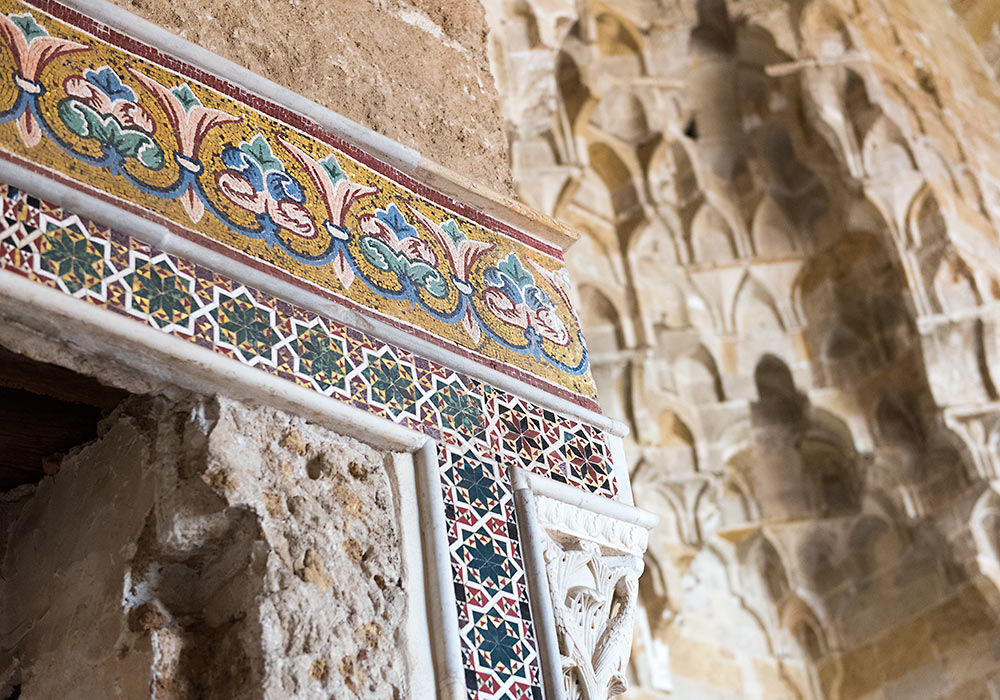 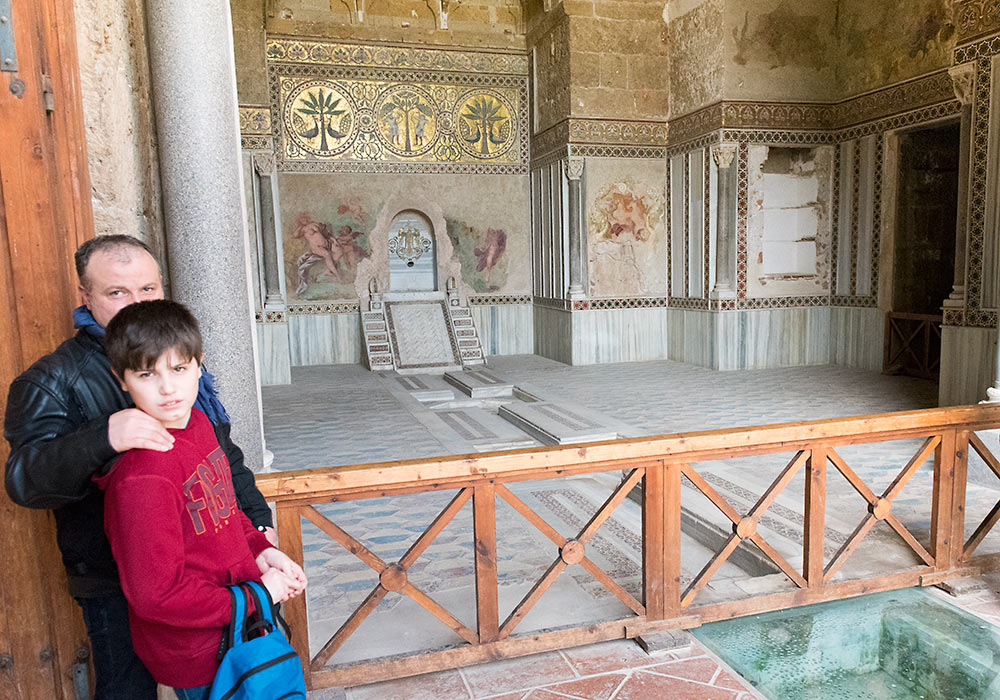 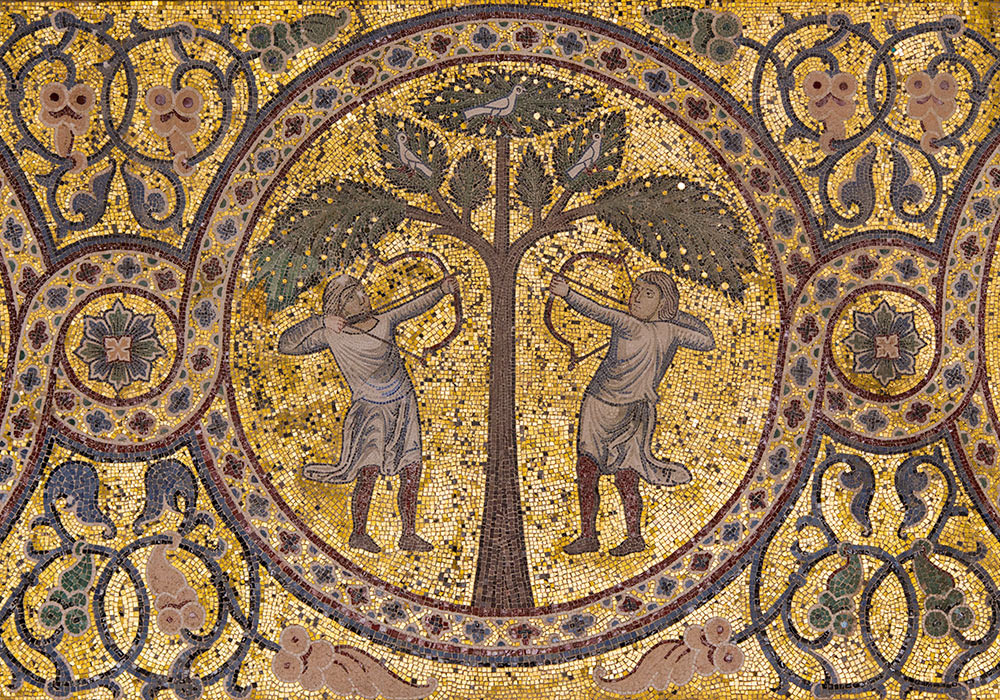 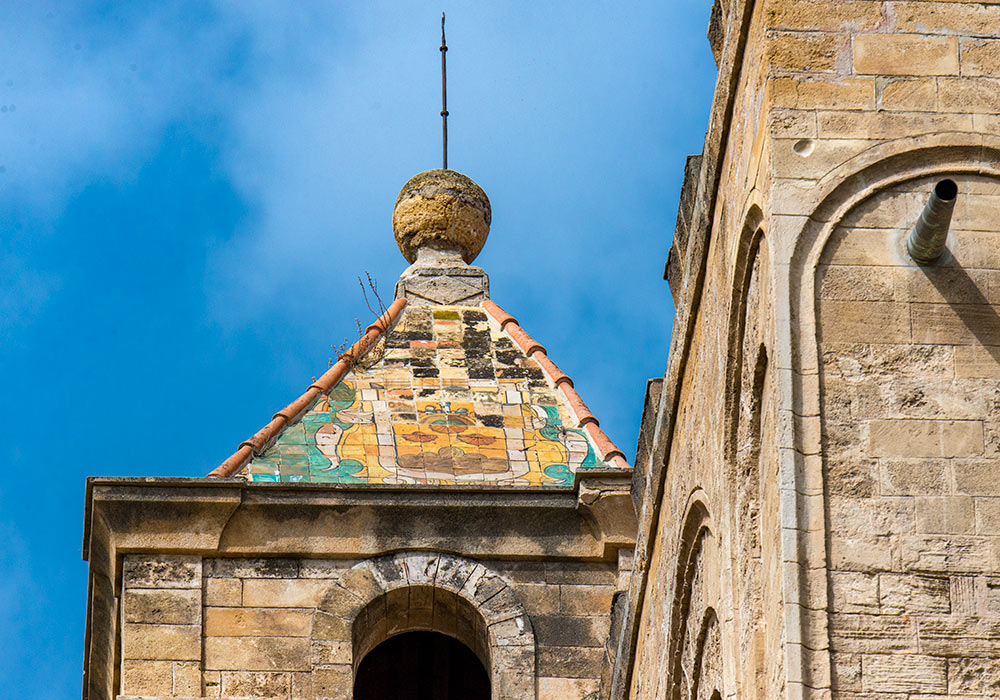 Majolica on roof of tower at the Norman castle La Zisa. 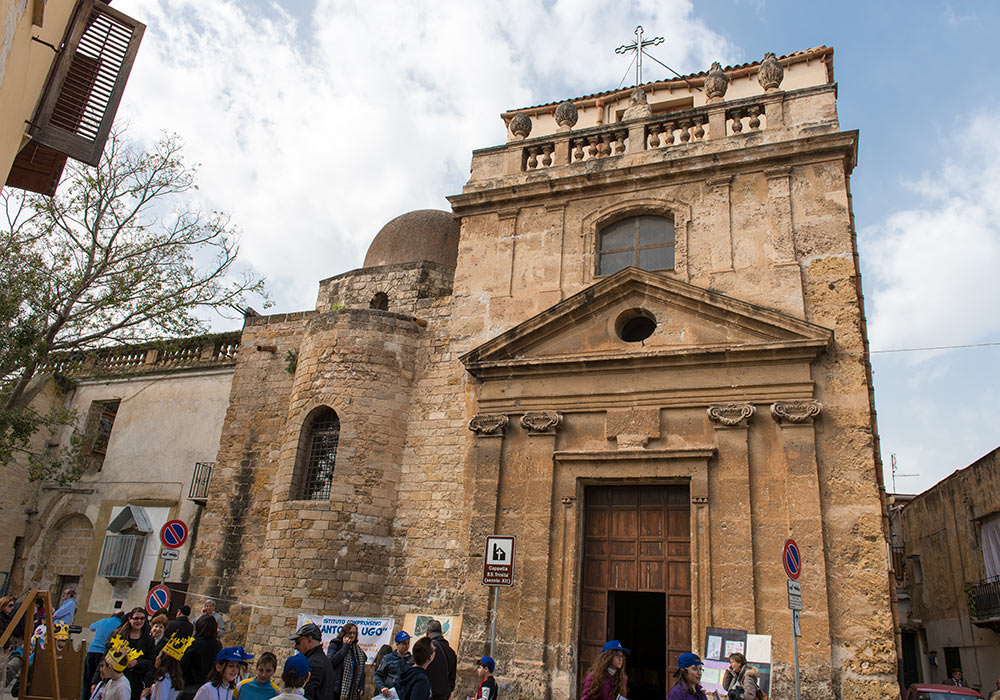 Next to La Zisa, there is a small Norman church called Chiesa della Santissima Trinità (Via G. Whitaker, 42, 90138 Palermo), built in the second half of the 12th century. 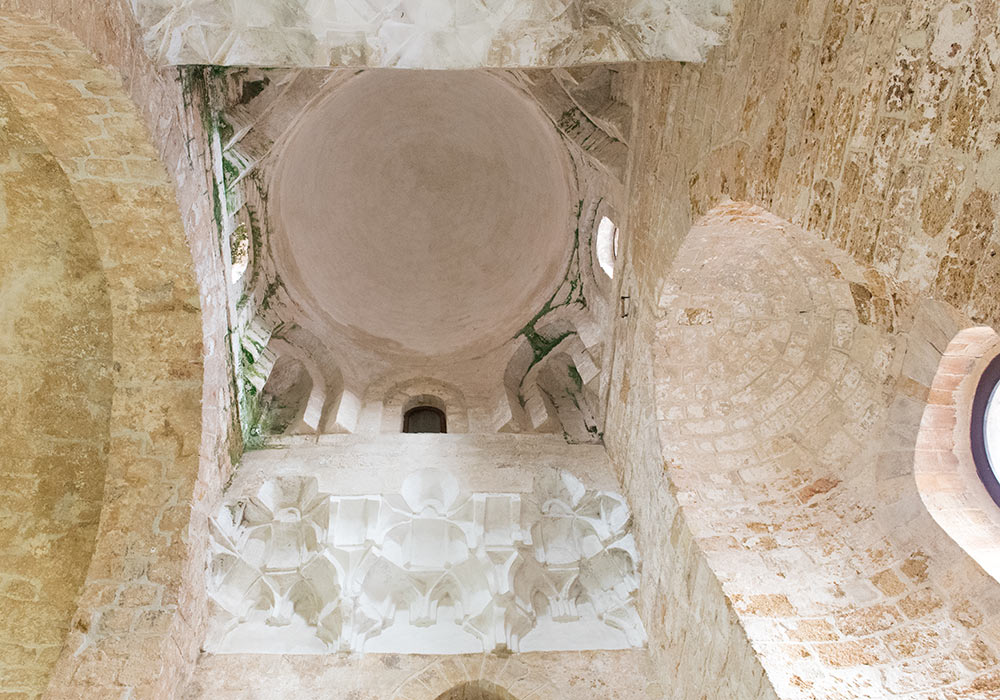 The muqarnas in the ceiling structure of the Norman Chiesa della Santissima Trinità alla Zisa (aka Cappella palatina della Zisa).